Get intersected volume of two planes in 3D

I'm working on AABB - AABB collision response and I'm having trouble figuring one part out. My situation is as follows (see image).

I have a player AABB (blue) and an object which collides (brown). I've drawn a few faces for both AABB's. The player moves towards the cube and collides with two planes (colliding planes have their normal's drawn). These normals will be returned in the code in the 'normals' vector. I then check the opposing planes and try to get the volume of the intersected plane (right side of image).

I based my face detection algorithm on the following question : AABB - AABB Collision, which face do I hit? 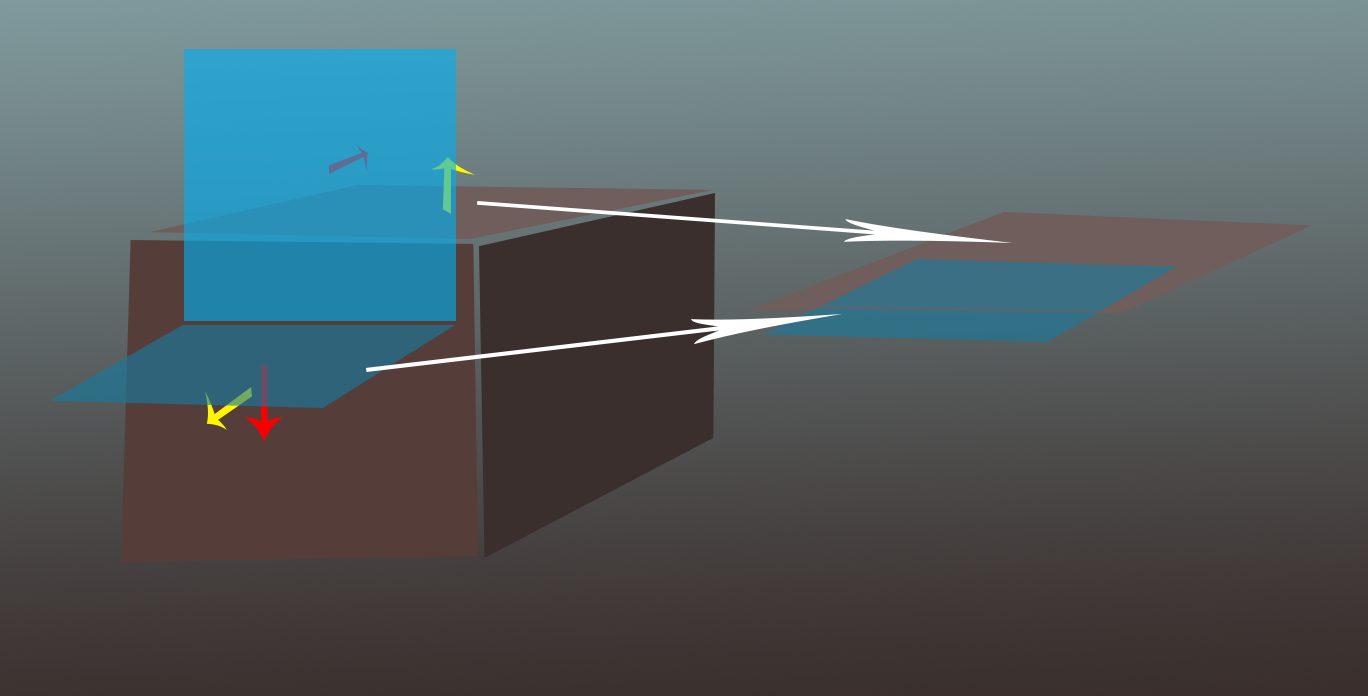 If I have multiple normals returned (which happens when two faces collide) I want to calculate the highest intersected volume between the collided faces and take that normal as the normal to base my collision response on (right side of image). It works for some faces but for the other half it doesn't work and I assume this has to do with change of vertex order which make my substractions pointless in some cases.

Is there some general way to calculate the volume of two intersecting planes in 3D that helps me resolve my response?

Code attempt for calculating highest volume between two (not working as it should):

don't generate a plane from a normal, generate the bounding box and its corners... this way you will know what are the front, back, right, left, top and bottom sides, and the code is easier...

if there are true AABB, you only need two points that keep min and max coordinates... and then knowing the intersection is much easier...

Not the answer you're looking for? Browse other questions tagged c++ 3d mathematics collision-resolution aabb or ask your own question.

7
AABB - AABB Collision, which face do I hit?

4
How do I avoid causing more collisions, when resolving multiple AABB collisions?
7
AABB - AABB Collision, which face do I hit?
4
How do I approach this collision model?
3
How to calculate collision normal between two AxisAlignedBox's?
3
AABB-AABB sliding collision response
1
AABB swept collision response with voxel world
1
Why is my sliding AABB collision acting strange?
0
Swept 3d capsule intersection with AABB, what am I actually supposed to use to accomplish this?
0
Swept AABB: finding collision normal in 3D?
2
How do I calculate impulse when an object collides with plane(fixed object)?