I have many objects with AABBs and a player surrounded in an AABB. If I represent my player with a point everything works smooth with detection and wall sliding as a response (for example what wall sliding is, see this video).

If I represent my player with an AABB I first check if there is any AABB - AABB collision which works fine but I want the same sliding effect with this AABB box. I worked out a little trick to find the normals of both faces that collide but only works when I'm moving in one axis so that shouldn't be how it's done.

Below you'll see my scene. You'll see cubes surrounded with an AABB with a small offset and my camera that is at the center of an AABB (red lines). 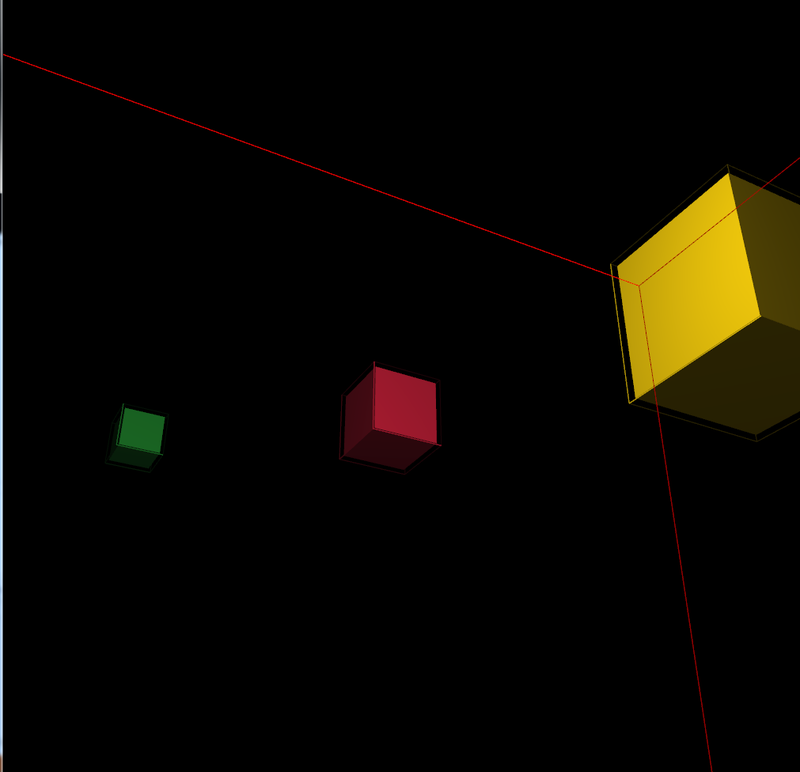 How does one provide a good seamless AABB - AABB collision response algorithm that is not too hard to implement (like the one in the youtube video). I couldn't find anything useful on the web.

You say you have found the collision normal. Since the shapes are AABBs, the normal will always be along one axis (six directions). All you need to do, then, is modify the player state as follows:

What you are referring to is known as a collide and slide algorithm. This is frequently used for player controllers, and cameras. The following links may be able to help you.

Not the answer you're looking for? Browse other questions tagged c++ 3d collision-detection aabb .

7
AABB - AABB Collision, which face do I hit?