What are the exact technical differences between these two types of isometric tilemaps? What are their advantages/disadvantages?

"Staggered" refers to the jagged edges of isometric maps that have an overall rectangular shape. These maps emphasize the north/south and west/east axes, and often have North up (example: Civilization 2). Diamond maps on the other hand emphasize the diagonal orientation and movement. North is often at the top right (example: Simcity 2000). Also notice the different coordinate systems: 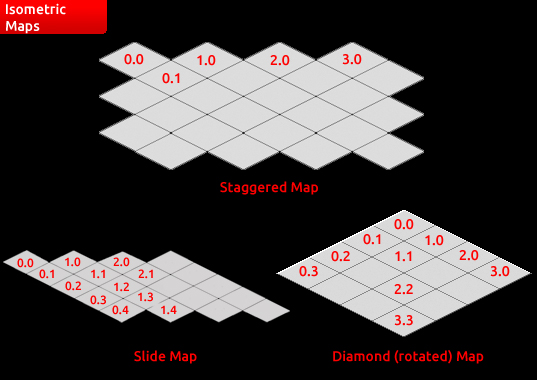 Notice the overall shape of the map is a diamond. 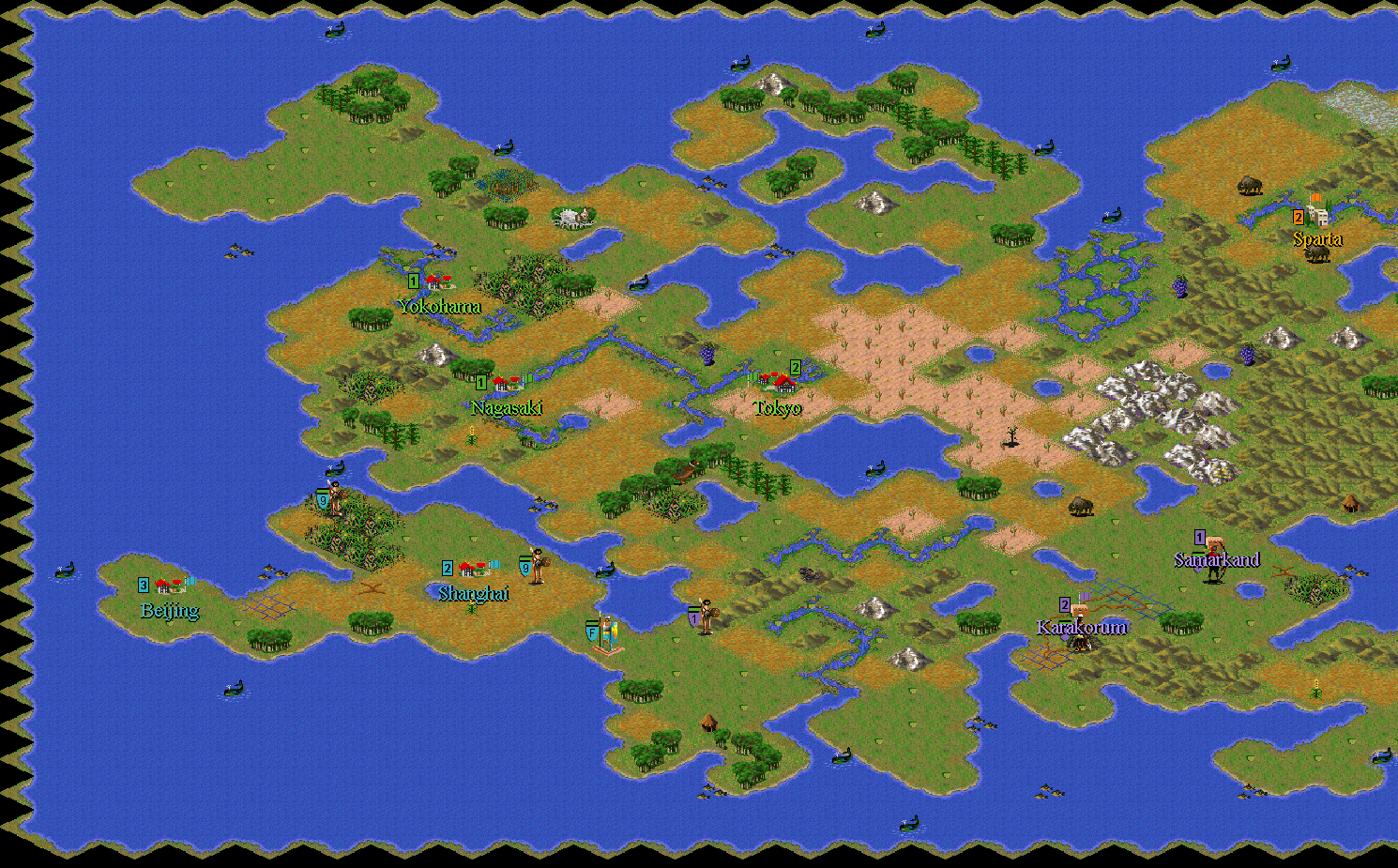 Notice the overal shape of the map is a (rough) rectangle

The math in terms of rendering both types of maps is similar but has its differences. Diamond maps are a bit more tricky particularly in terms of optimizing the render loop.

Diamond maps are typically used in RTS and Tactical Combat types games whereas Staggered/Block maps tend to be used for RPG's and Turn-Based Strategy games.

In terms of the Tiled XML, staggered adds a new possible value for the attribute "orientation" of the map.

Finally, don't confuse these staggered maps with staggered square maps. The latter are a way to get pseudo-hexes: 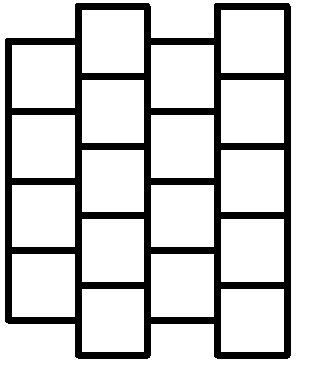 Note how the tiles are squares, but movement and adjacencies conform to those of a hexgrid.

11
Whole map design vs. tiles array design
4
A* pathfinding for an isometric map
1
Diamond shaped selection on a staggered iso map
0
Top-Down Tilemap Rendering and Collisions in Libgdx
5
Adapting tilemap algorithm to support isometric tilemap
2
Generating "tile map" by stamping a full map
0
Isometric coords to cartesian coords
1
How can I get correct coordinates from a diamond isometric map created in Tiled?