I want to draw a rectangle box to use as a text background for a visual novel library I'm writing, I wanted some flexibility of color and transparency and the ShapeRenderer class seems to fit the need but the doc brings this disclaimer:

This class is not meant to be used for performance sensitive applications but more oriented towards debugging.

If I use it as background the most action on screen would probably be the text scrolling over it. Can someone more experient on the engine tell me if it is viable to use it under those premises, or it is really for debug only?

It is probably fine for a desktop-only game if you don't draw too many shapes, but it can produce FPS stutter on some mobile GPUs and, iirc, doesn't cache any of the shapes between frames.

A better approach might be to allocate a Sprite with a small white texture that you upscale to the appropriate size. Set tint and alpha with Sprite#setColor

It is possible to manually create a texture by using a pixmap. It is probably easier grabbing the background texture from a texture atlas, if you're using it - allowing libgdx to automatically manage the texture for you. Otherwise:

You can scale the texture by using Image class, and then add it to your Stage, or you can get its Drawable using Image#getDrawable to draw in the SpriteBatch.

A lot has changed, this needs an update: The ShapeRenderer got overhauled some time ago and got decently fast. The API reflects this as the disclaimer of it not being "meant to be used for performance sensitive applications" has since been removed.

Shapes are rendered in batches to increase performance.

I use the ShapeRenderer for ingame performance graphs, drawing thousands of small shapes, i can see no large impact on desktop. It will certainly trump drawing scaled tinted sprites unless you can replace tens/hundreds of shapes with a single pre-rendered sprite.

The space between two white horizontal lines represents one millisecond. 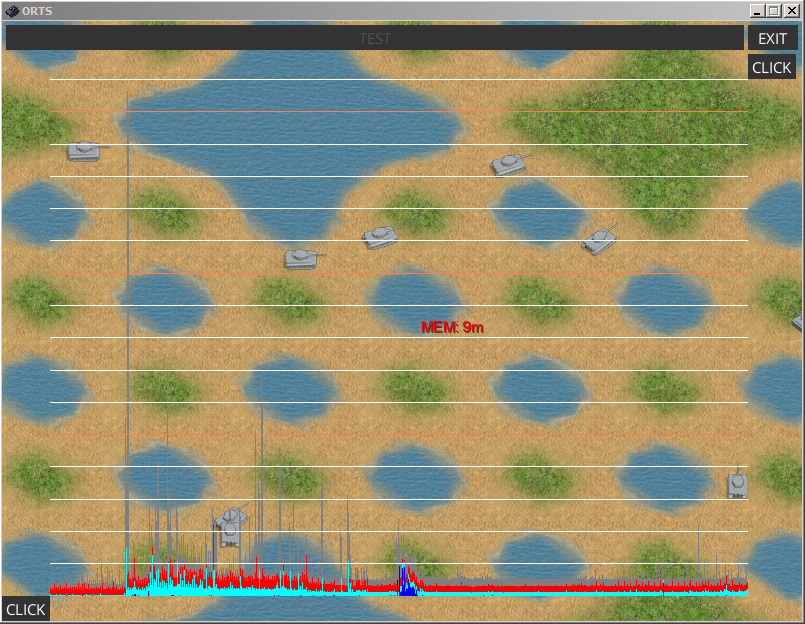 I've used it some time ago on mobile to draw some circles as placeholders for units. It had no problem drawing hundreds of circles afaik. That was around three years ago already.