How do I create multiple 2D spotlights?

I'm looking to create a 2D "spotlight" effect that allows a spotlight on multiple entities. I.e., as if several sprites were holding torches. For a single entity (one spotlight), I use a technique where I overlay a gradient sprite and have the centerpoint chase that entity. This technique works fine for a single spotlight. Here's a screenshot to illustrate what I'm talking about: 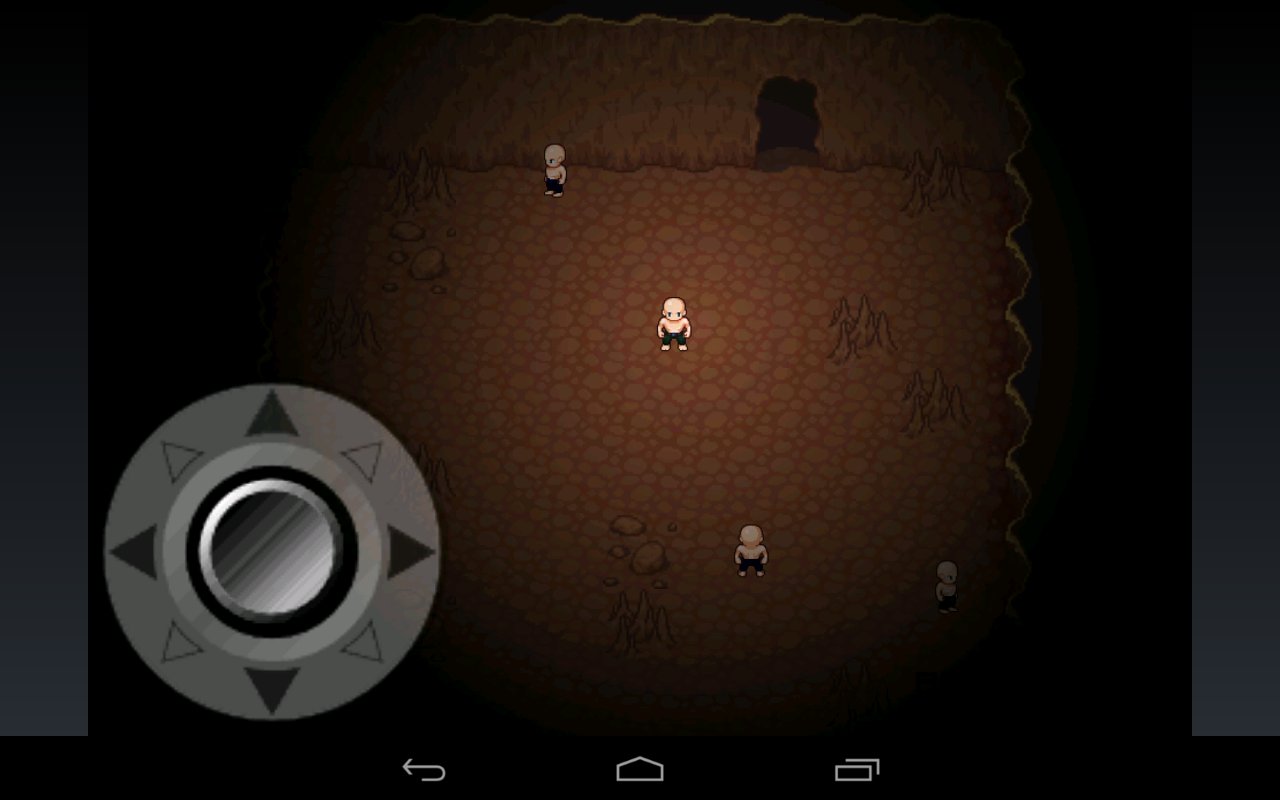 The problem I run into is that this technique does not extend to multiple entities. If I overlay another spotlight image I run into several problems. Here's a simulated screenshot: 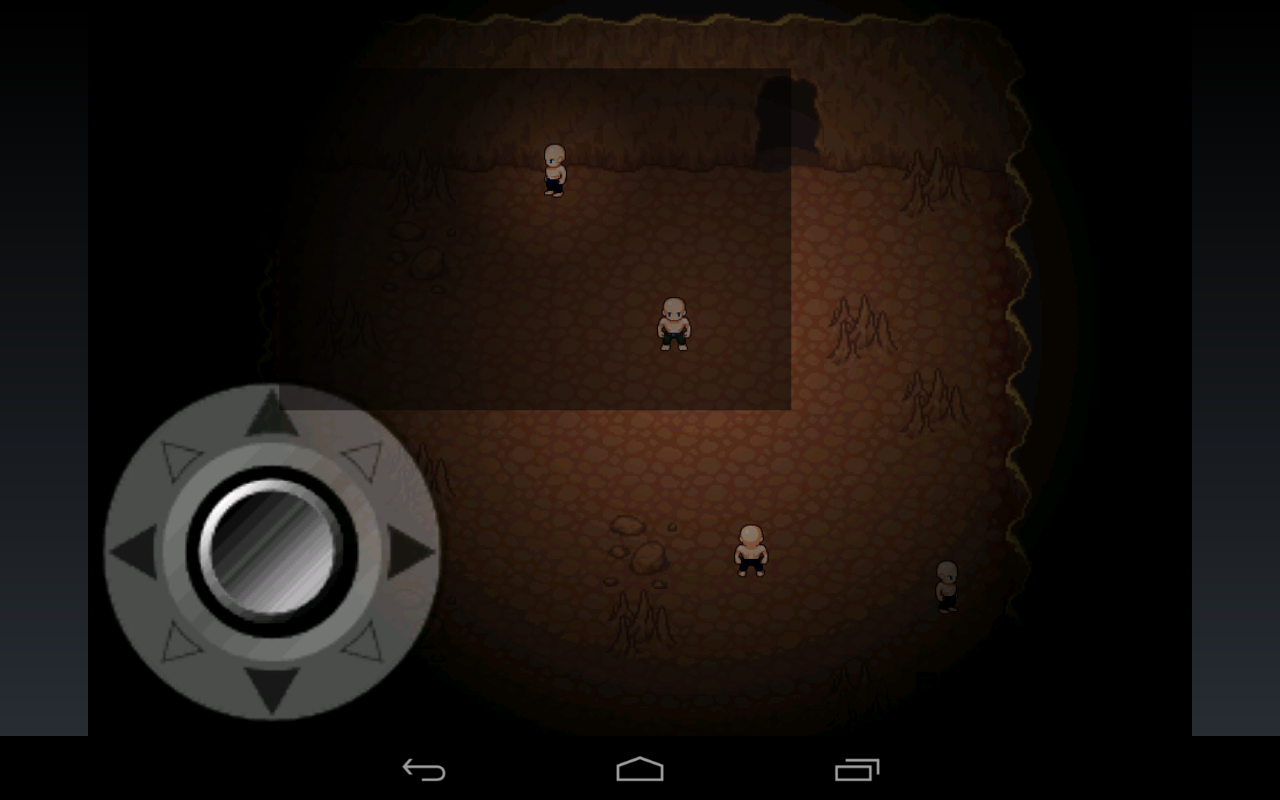 The most obvious problem is the visible corners. This could be solved by making the spotlight image gigantic to cover the whole level, but that doesn't feel right. The second and more intractable problem is that I'm effectively multiplying the darkness with this technique. So each sprite added has the effect of darkening everybody else. Clearly I'm approaching this problem incorrectly.

There's been some discussion of blending options in the comments. Here's my current thinking. In my single spotlight example above, I use an image file that looks something like this: (I've replaced the transparency with the color green to make it easier to illustrate) 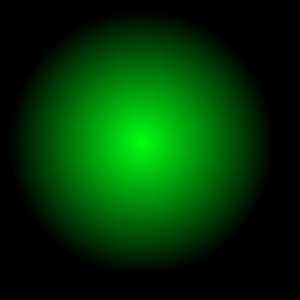 As discussed above, the problem is that alpha blending this image with another image is not going to produce the desired effect. Instead it will produce this: 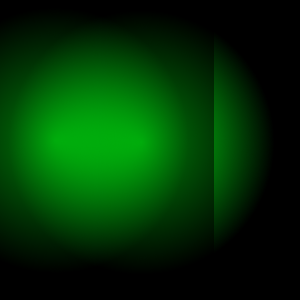 That doesn't strike me as a blending options issue. The problem, it seems to me, is that that sort of image has the transparency mask and image (a black square) built in, when they should be separated. 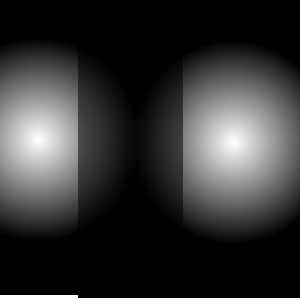 The solution, it seems, would be to apply a transparency mask that itself utilizes transparency. Something like this: (green = transparent) 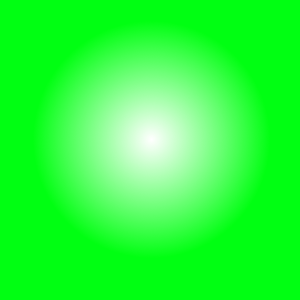 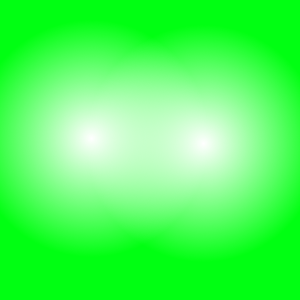 Anyway, that's the approach I'm working on implementing. I'll post results if this works. What I don't know (at present) is if I can use a transparency mask that itself has transparency.

Conceptually, the solution to multiple spotlights consists of:

The trick is understanding that alpha-blending can do one or more of these steps. Alpha-blending just refers to using an alpha map/image to modify the pixels of an image or texture in a simple way. It also usually means that it's going to be a fast set of functions, or implemented with special hardware commands, to make it fast. You can do it with regular arrays, and normal language commands, but using the special alpha/blending library functions is probably better. ...And won't have bugs. Sometimes this means making the pixels partially transparent, but for your case, this will mean:

I'd start looking up the documentation for your alpha-blending functions to see what functionality they provide for combining pixels of various kinds. I suspect they will have functions for each of the steps you'll need to perform, but they might be under names which are not obvious.

Not the answer you're looking for? Browse other questions tagged 2d sprites camera lighting .

14
How Do I Do Alpha Transparency Properly In XNA 4.0?
12
How do I use depth testing and texture transparency together in my 2.5D world?
1
How can I implement "cut outs" for lighting in OpenGL?
5
Normal Mapping for 3D-Like Lighting in 2D Games
1
How can I achieve this lighting with OpenGL?
3
Dynamic "Light Level" System based on alpha levels
5
OpenGL ES 2.0: 2D game rendering, no performance gain with glDraw call batching
3
How do I mask graphics in Unity to create a searchlight effect?
4
Invert the colour of pixels where 1 bit sprites are overlapping
0
How do I make several Image components transparent collectively as one sprite with a CanvasGroup?