I am building up a simulation where predator groups (tribes) try to hunt other agents in the simulation (whom also are clustered in groups).

Now I got to a point where members of a group follow their leader and wait for any sort of commands (currently passed as strings and vector that they need to move towards). Anyway the idea is to implement some interesting surrounding behaviour just like predators hunt in group they surround their prey.I shall attach a picture for better explanation: 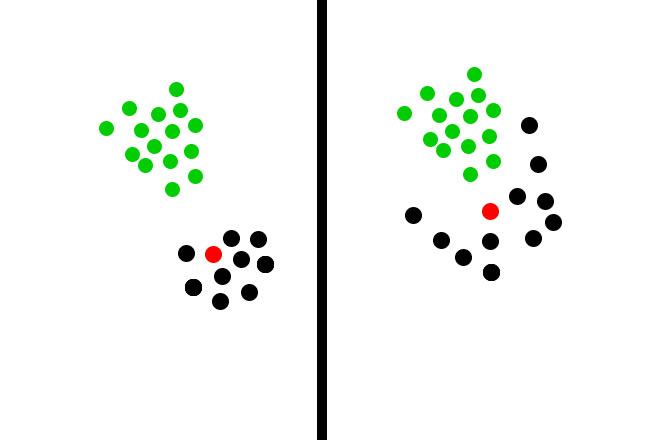 What I was thinking initially was find the leftmost agent in the green pack and the right most in green agents pack and make members of the predator group move towards them.However at this point I shall mention that predators have a fixed field of view so it may not see all of the pack at first.

So I am wondering if anybody came across something like so or have any good ideas how to go about producing this sort of behaviour.

One possible method could be a draw an ellipse around the target pack and calculate the circumference.

divide the circumference by number in pack to evenly distribute.

create paths for units to move to their points.

Not the answer you're looking for? Browse other questions tagged java ai movement or ask your own question.