Is there a way on how to stay the texts in center without manually coding it or something, especially when making an update? I'm making a display for the highest score. Let's say that the score is 9. However, if the score is 9,999,999, the text displays still only at the fixed X and Y coordinate. Is there really a way to stay the text in center especially when there is changes when a player beats the new world record?

Here's my code inside Sprite Batch:

Here's the image shown as example. I add it some red grid so that I could check if the display of score when updated will always display on center no matter how many digits takes place in. However, it is fixed, so I have to figure it out how to display it automatically on center regardless of the number of digits while updating for the new highscore. I have used the LibGDX preferences very well though to save and load records for the highscore. 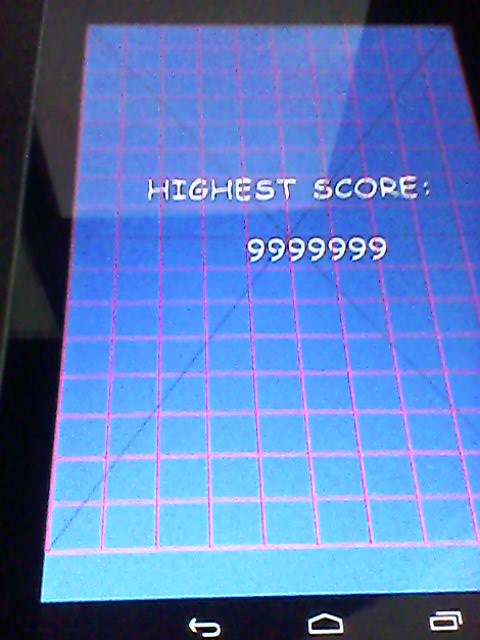 I don't know about the platform you're using, but there are mostly three ways to center text. Not all of them are available on all platforms, so you should check your platform documents and see which one of these is available.

Have you tried googling "libgdx center text" or something like that?

Edit: The first google result leads to your answer.

You could determine the width of the text by the amount of characters of the string, its length, with constant values for the height and width of individual characters. This way, if you have a font in which, at a certain scale, letters have an average of 5 pixels of width, and you have a string of 4 characters (say, "1000"), the width of it would be 20 pixels.

With this in mind, you can determine the X coordenate of the string (assuming its point is at its absolute top-left) with the following formula:

All in pixels as the unity.

Of course, because in most fonts characters have variated widths, this is not absolutely precise. But don't worry, it would go unnoticed by your average human eye, so unless you're up to map the width of every character of your font of preference, keep things simple.

I know this question is a bit old, and newer libGDX versions don't even have getBounds anymore, but the font draw method now comes with an horizontal align parameter, so you now just have to use something like:

Not the answer you're looking for? Browse other questions tagged java libgdx fonts leaderboards or ask your own question.

1
Precise Touch Screen Dragging Issue: Trouble Aligning with the Finger due to Different Screen Resolution
0
Textures not rendering with VBOs
1
How to scale bitmap font without having it pixelated
1
Showing Google Play Game Leaderboard UI not working at all