I making a small steering simulator using the Reynolds boid algorithm. Now I want to add a wall avoidance feature. My walls are in 3D and defined using two points like that:

My agents have a velocity, a position, etc...

Could you tell me how to make avoidance with my agents?

Then I use all the forces returned by my boid functions and I apply it to my agent.

I just need to know how to do that with my walls.

Let each wall exert an influence on the velocity. 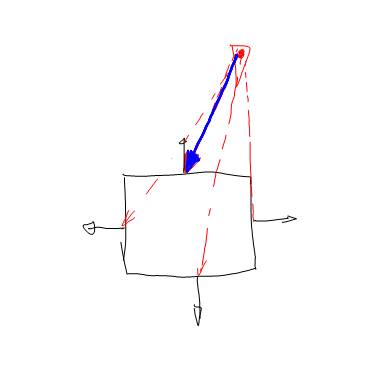 So here the boid interacts with 4 walls. Since the dot product of the red vectors (boid-to-wall-center) is greater than 0 for 3 of the 4 walls, those walls won't exert a force on the boid.

Only the wall with a blue vector (negative dot product) will have a force. 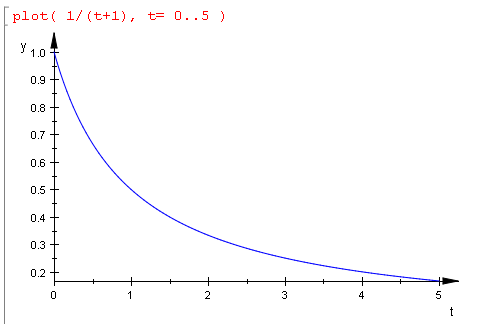 If you use 1 / (t+1) for the magnitude of the force, where t is the distance from the wall, then the force will be really strong when gets close to 0, but fade off to nothing when t gets higher (note the axis scale in the diagram, it is not 0 when t=5, it is 0.2). (The t+1 is so that you don't get an infinite force / divide by 0 if the boid happens to enter the wall).

If you use 1/(t^2+1), then the force is much sharper near the wall, and falls off faster/smoother. 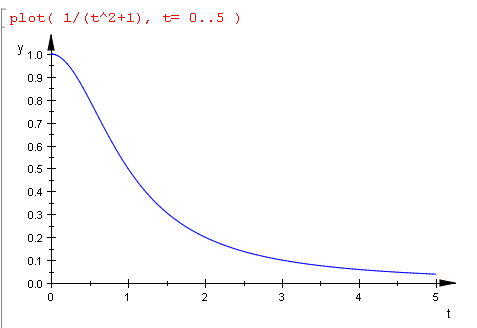 If someone needs the code, here it is, feel free to redistribute it. I've tried to comment it to be more understandable. Based on bobobobo's solution.

Not the answer you're looking for? Browse other questions tagged ai steering-behaviors .