I would like to get some opinions on whether I should develop my game using a physics engine (Farseer Physics seems to be the best option) or follow the traditional tile-based method.

I have made a basic prototype with Farseer, the level is hardcoded with collisions and not really tiled, more like big full-screen sized tiles, with collision bodies drawn manually along the ground and walls etc. My main problem is I want a simple retro feel to the jumping and physics, but because it's a physics simulation engine, it's going to be realistic, whereas typical in air controllable physics for platformers aren't realistic. I have to make a box with wheel body fixture under it to have this effect, and it's glitchy and doesn't feel right.

I chose to use a physics engine because I tried the tile method initially and found it very hard to understand. The engine took care of a lot things to save me time. Being able to do slopes easily was nice, as was the freedom to draw collision bounds wherever I liked, rather then be restricted to a grid. This also gave me more freedom for art design.

In conclusion, I don't know which method to pick. I want to implement this in the most straightforward way, so it won't give me a headache later on. Preferably, a method which has an abundance of tutorials and resources so I don't get "stuck" doing something which has been done a million times before!

The answer is simple: a physics engine is not a platformer engine.

While you can get kind-of platformer-like behaviour out of a physics engine, you simply do not have enough control to get that really "fluid" gameplay feel of a proper platformer.

For example: The classic Mario-style jump requires changing the gravity for the player at different stages of the jump - as well as directly setting the velocity in a few places.

The reason for this is that you want the jump to start as soon as the player presses the button (responsive), and the height will be specified after the jump starts (by the player releasing the key - which also must be responsive). The reason is that it feels good.

To give another example: the friction experienced by an object sliding (or rolling) along the ground is very different to the behaviour of a walking biped - or a player's expectations of how a traditional platformer character will accelerate and decelerate.

It's very important to note that using a physics engine is orthogonal to the question of whether or not to make your platformer tile-based or vector based. N, for example, is tile-based but uses many techniques you'd find in a physics engine.

To answer your question directly, here is a decision tree:

Physics engines and tile based platformers are not mutually exclusive. For example you can combine the Farseer Physics engine and the XNA Platformer Starter Kit (This will also explain a pure tile based approach to you). Simply remove all exisiting collision detection code (from the Player class) and give the Tiles and Player class Bodies and associated Shapes for Farseer to perform collision on.

In reality combining the two together is not ideal. Moving the player body across a series of adjacent tiles (floor, walls etc) will cause problems and not provide smooth motion. See this great article for further explanation.

Most modern platform games simply draw the game elements as tiles but have an underlying physics environment which matches the geometry as much as possible. This is why you can sometimes see the players feet dip below the surface of the "floor". Here is an example from an early prototype of Braid: 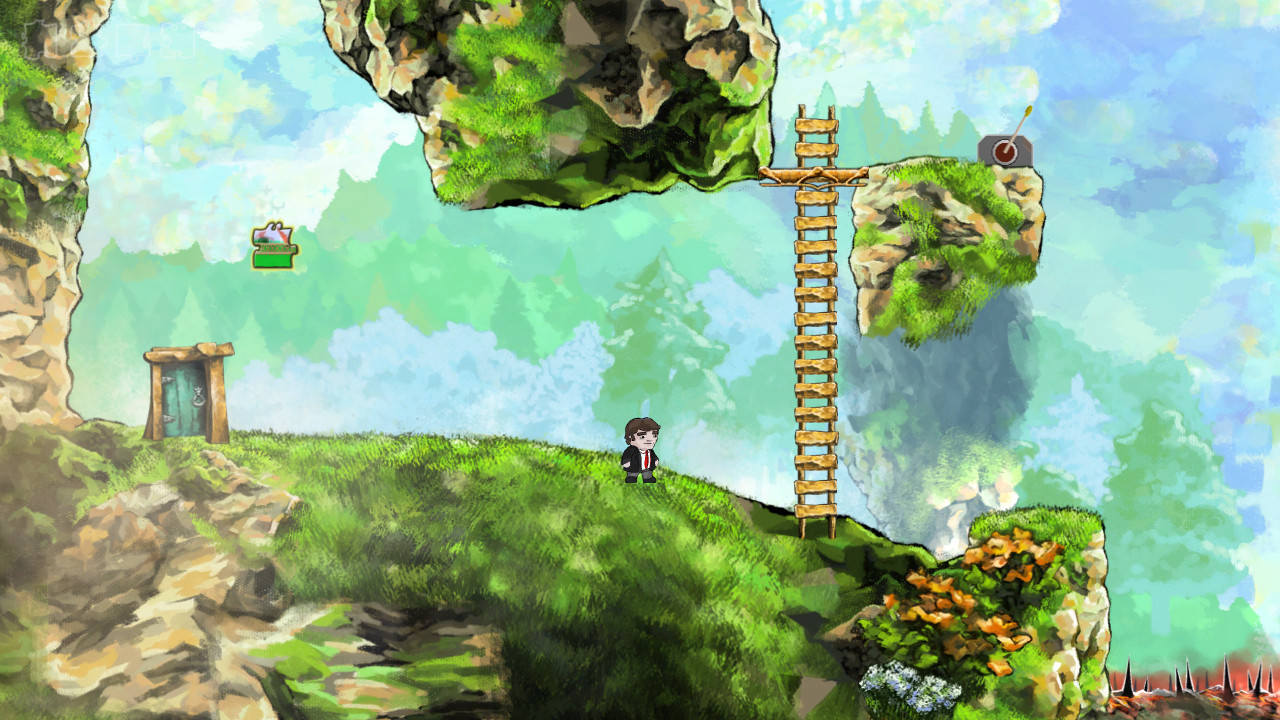 In the Farseer physics engine you are able to control the gravity of the world, drag coefficients and player movement enough so that you should get the old-school platformer feel to it. Simply find a set of drag, mass and movement velocities and play with these settings until you get the right feel.

Use what you are most comfortable with.

Not the answer you're looking for? Browse other questions tagged xna c# tilemap farseer-physics-engine .

5
Issues with Polygon Fixtures in Farseer
6
2D Platformer Collision/Physics Problems
9
Tiling Physics using Farseer
1
How can I implement a "boost pad" with Farseer/Box2D physics?
2
Farseer Physics collision detection vs intersection detection with sensors
0
How does Raycasting work in XNA Farseer and player collision?
2
Creating unfilled circle shapes using Farseer
1
How can I create a seesaw with Farseer Physics Engine?