I have a very simple scenario:

I first did it like this, in the Start() method:

and first thought it didn't work. However later I noticed that it did in fact work, in the sense where the scale was applied right at the start, but then right after the prefab instance came back to its initial scale.

Putting the scale code in the Update() methods fixes it in the sense where now it stays scaled all the time:

However I've noticed that when I run this code, the object is first displayed without the scale being applied, and it takes about 5-10 seconds for the scale to happen. During this time everything works fine (like input and logging, etc). The scene is very simple, it's not like it has a lot of stuff to load or anything (there's a Ray cast from the camera on to the terrain, but that seems to happen without such delays).

As per comments, here's a detailed description of my scene:

1 camera, 1 terrain (with a bunch of brushed in deformations), 1 directional light. I also have a .blend file in my Assets folder, which is automatically imported and I get my aStarCellHighlight prefab which is a cube with a transparency/diffuse texture: 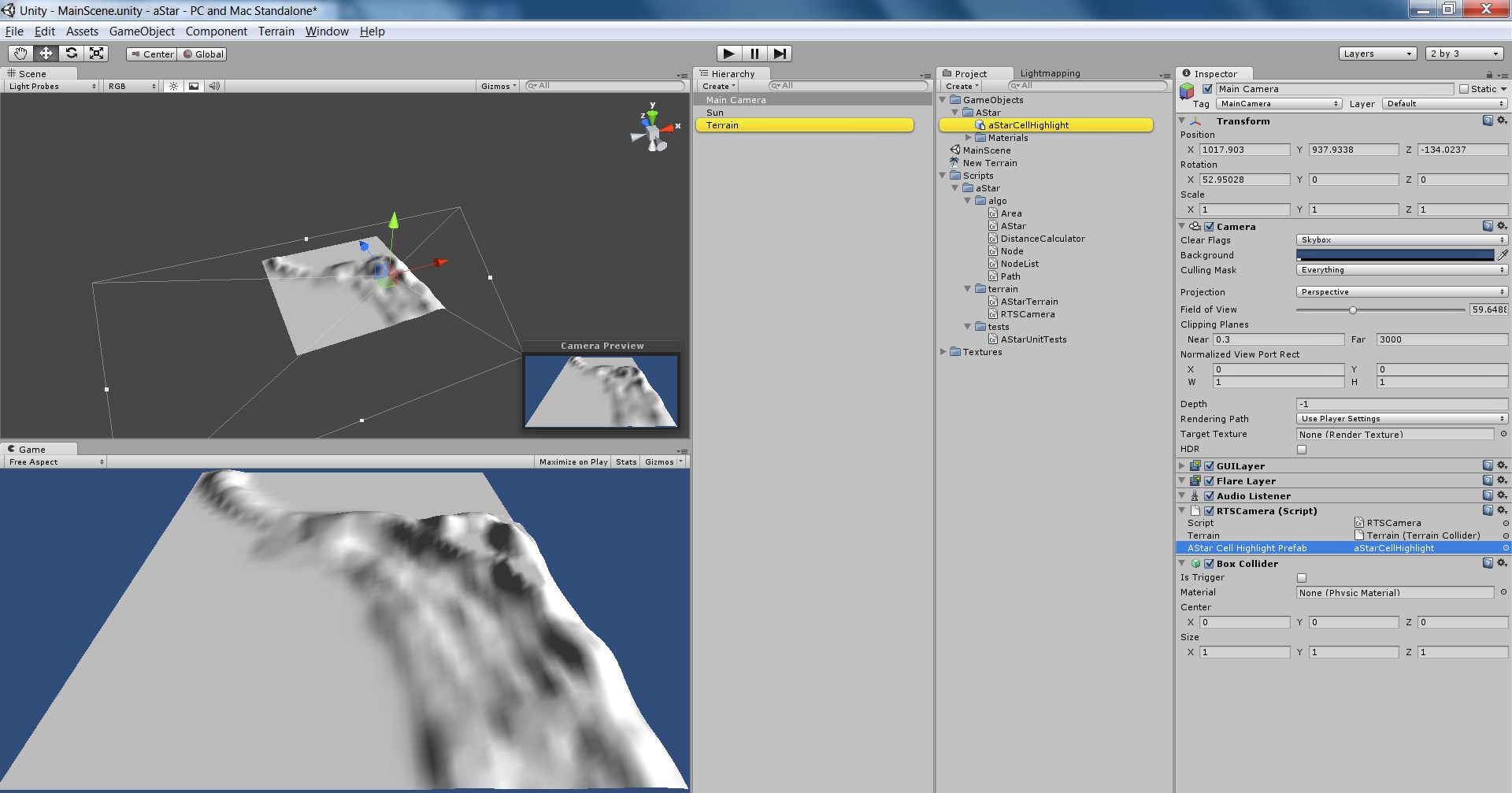 to the camera I have attached to following script, to which I've then "bound" the terrain and aStarCellHighlight in the corresponding public fields:

The script is supposed to basically draw a ray from camera's mouse cursor screen position to terrain, and then instantiate the Blender cube prefab, add is at a child of terrain, scale it to a visible size, and move it around on the terrain to where the mouse is, you know , "projecting" or whatever it is called.

when I hit play I the Blender prefab instance is created right away, it is shown as a descendat of terrain, is just not scaled properlly. Also if I move the mouse right away, the cube doesn't move with it: 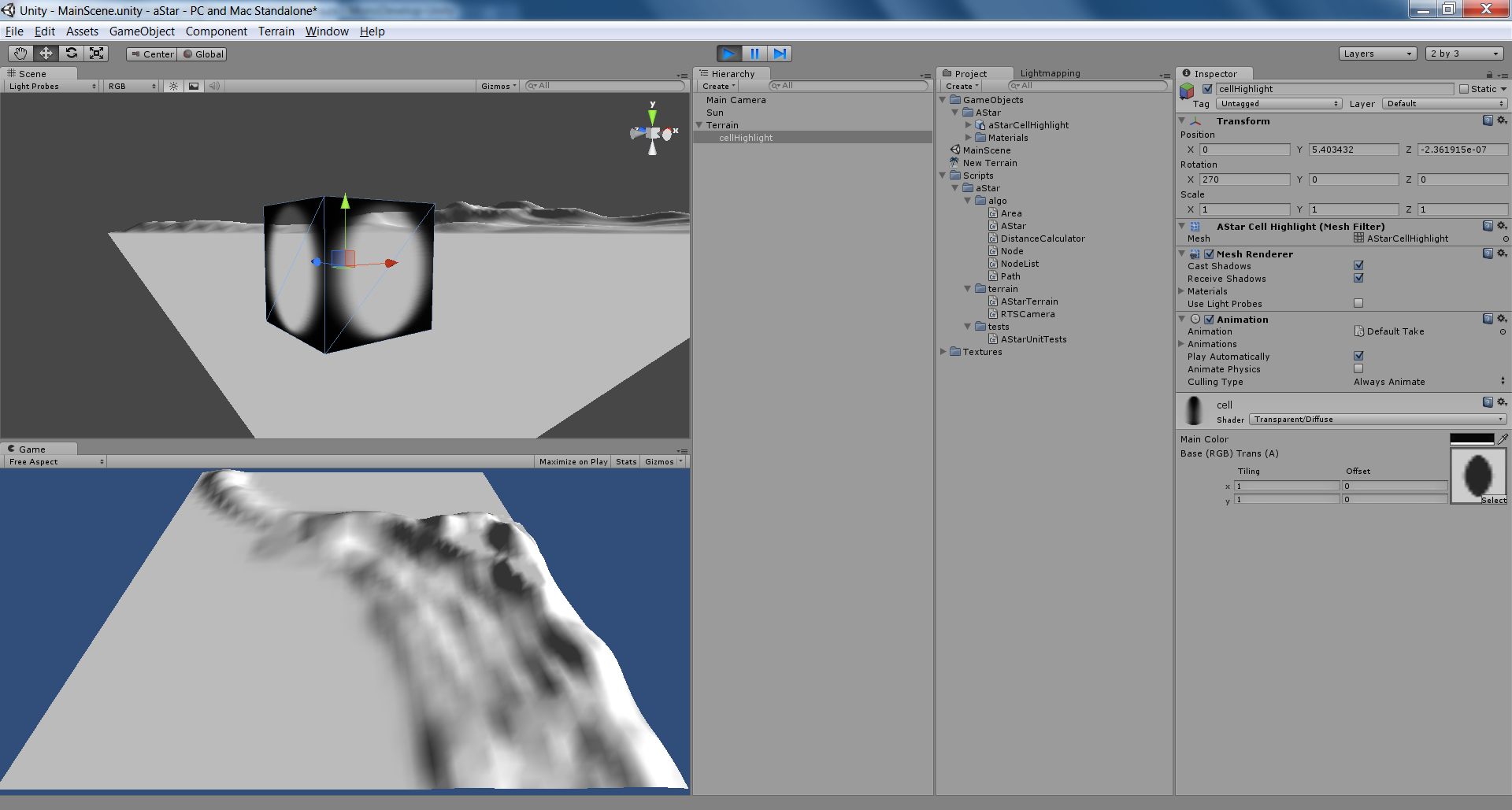 Finally, if I just wait 10-20 seconds, the cube gets scaled, and now it moves with the cursor on the terrain: 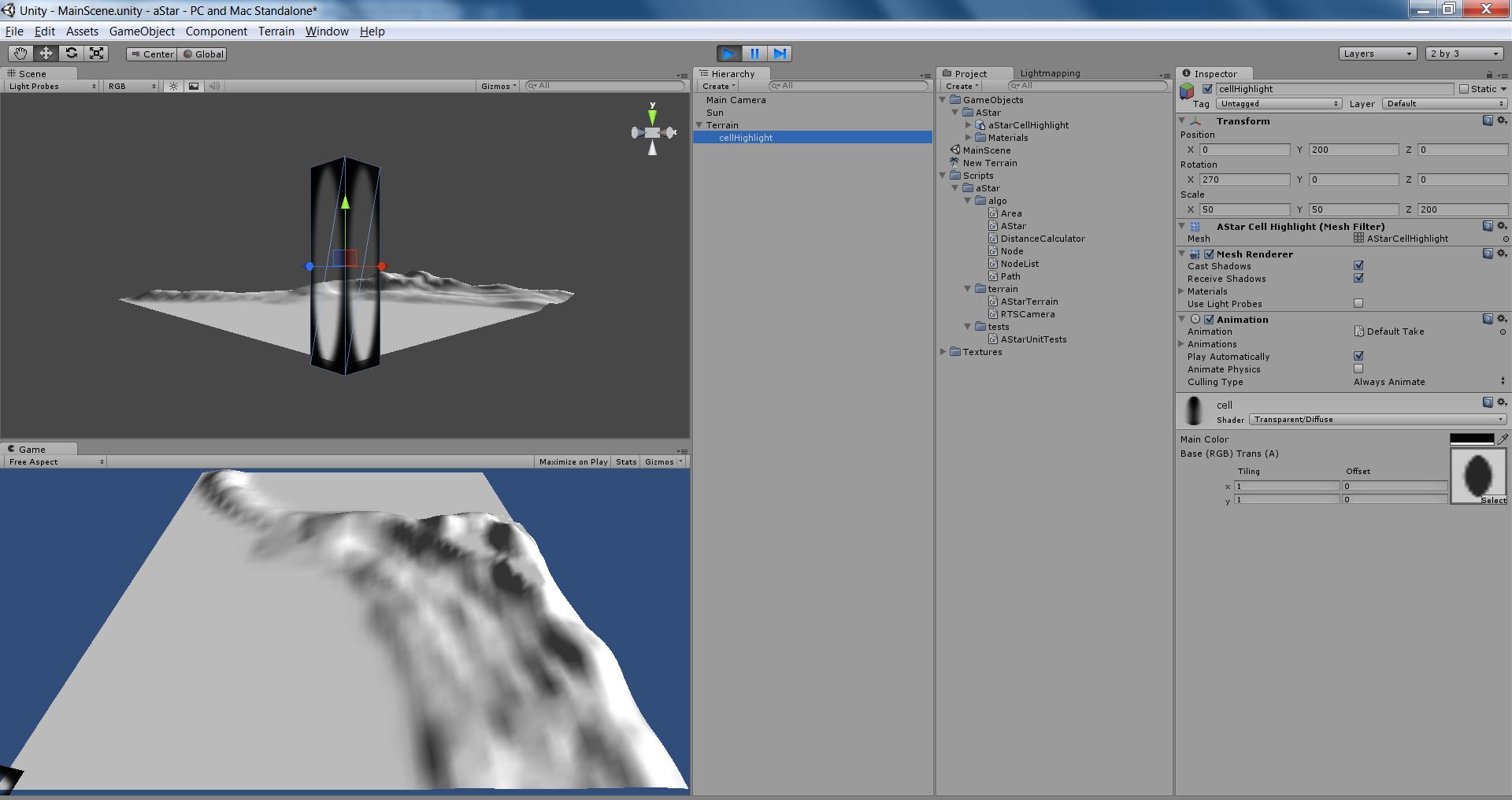 Thanks for all any help!

The object you instanciate, does it have some scripts attached to it? The instanciated object doesn't run its awake()/start() until the next chance it gets and not when you call Instanciate(). In the following code

The execution order will be:

So as you can see, if you are doing some scaling in ObjectB.Start() and expect that setting the scale right after the instanciation will overwrite the values, that won't work... Of course that's just one possibility, but it did happen to me a few times so that's the first thing that jump to my mind.

Well, I've solved it. I'm not very sure what was happening, but due to the fact that I've created and erased an then re-created the terrain multiple times in the scene (each time adding it to some scripts, etc), at some point something got jumbled up in Unity, probably because of this. Long story short, I created a new Unity project, copied in all my scripts and re created all the game elements and re-attached them to the scripts, and now everything works ok: I only need to scale the Blender object in the Start() method (and it stays scaled), and also it is transformed and shows up right from the start when I play the game.

Thanks you to everyone for the help, the hints they gave pointed me in the right direction.

0
Prefab Instantiates into scene, but when I store a reference to the instance it's null
5
Instantiating prefabs by dragging in scene not working
3
How to completely stop the camera from clipping into the ground
1
Clone gameobject on drag without having to click a second time