SDL blitting multiple surfaces at once

I'm trying to write a platforming game where the sprites for the level backgrounds are broken up into 512x512 chunks. I keep 3 chunks in memory at a time and I'm trying to write code to blit all three to the screen. Here is the current code I have:

The issue I'm running into is that whichever chunk gets blitted first is the only one that shows up. The rest fail to appear onscreen. I think the issue might have something to do with alpha transparency, but even if the chunks don't overlap at all they still fail to blit. In other parts of the code I'm blitting multiple things to the screen at once, such as characters and backgrounds, and they all show up correctly. This particular segment of code is the only area I'm encountering this problem. 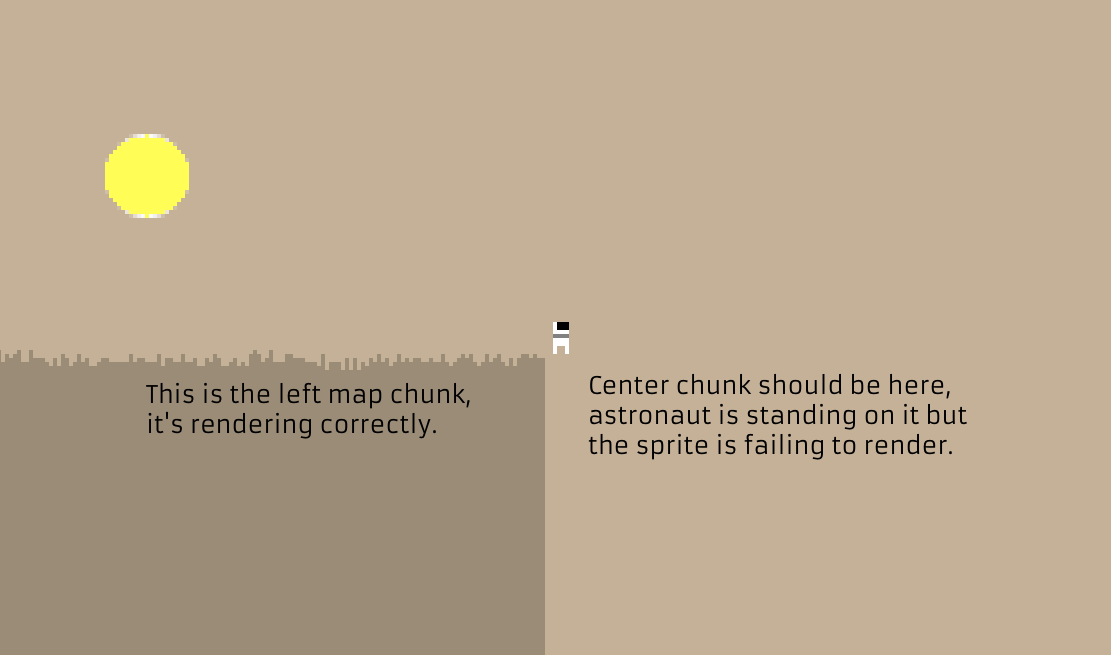 If I comment out the line that blits left_chunk, it changes to this: 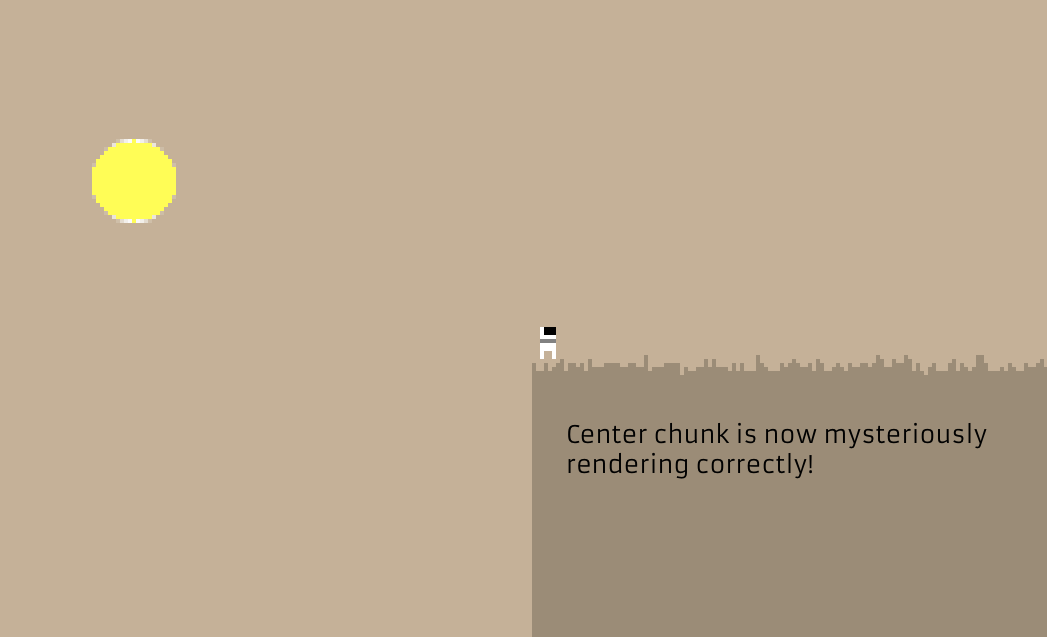 The SDL documentation says that SDL_BlitSurface saves the final rectangle to dstrect after blitting. Reseting the where variable fixes the problem.

Not the answer you're looking for? Browse other questions tagged sdl or ask your own question.

2
SDL Parallax Scrolling along two axis
1
Do SDL surfaces get reused?
1
Lost transparency in SDL surfaces drawn manually
0
How to move player based on existing Game state?
1
Scrolling with SDL2 & Box2d - My Camera isn't keeping up with my player
3
Fighting Game Camera Positioning in SDL
25
What advantage do OpenGL, SFML and SDL have over software rendering?
4
C++ SDL OpenGL minimise / restore window issue