How do I detect ledges?

In my game, I'd like my character to be able to grab and hold onto ledges, and to be able to pull themselves up if there's room to do so.

How do I detect if there's a ledge, and if the character has enough space to climb up?

The video for Overgrowth Alpha 132 shows how they implemented ledge climbing.

Their method should work in any engine, even 2D engines where you'd use a rectangle and circle instead of a cylinder and sphere. 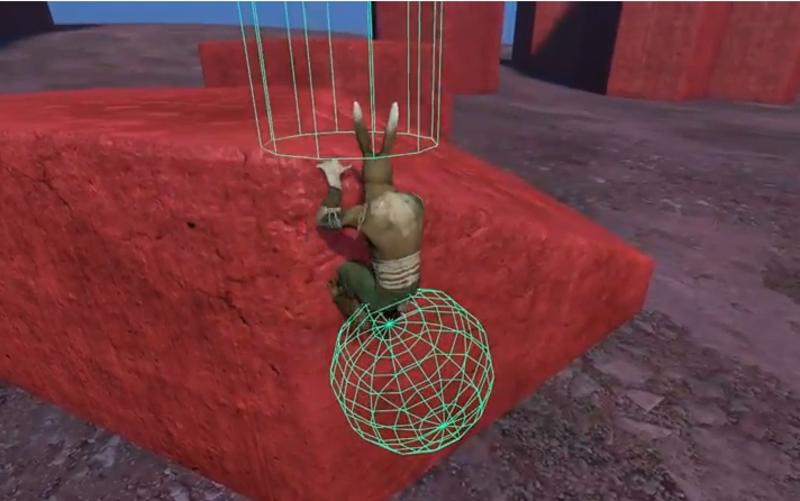 The game checks if the player's currently colliding with a wall. If there's a wall, there might be ledges the player can grab onto. The second part takes over to analyse the ledges.

(You also need to determine there's nothing in the way between the ledge and the player, such as a hard floor or ceiling above them.)

Not the answer you're looking for? Browse other questions tagged physics .

4
Detect Open Space in Farseer
5
Detecting a ledge in Box2D
17
Ledge grab and climb in Unity3D
13
Programming a climbing system like tomb raider
4
Unity 2D: How to make player grab a ledge, swing and jump to another
2
Ledge Detection with Plane Intersection?

5
How would I go about programming atmosphere for a game?
2
How do you properly implement level boundaries in a physics room?
4
Jelly ground collision
0
How does orbital math work?
0
How to detect when the player has filled a shape?
1
How to set the force applied to RigidBody2D depending on the time user holds touch on screen?
0
How to improve the charactercontroller for jumping?