Panning a 3d viewport in 2d direction with rotated camera

Where as Input3D.mouse[X|Y]Speed gives the displacement of the mouse on the X/Y axis starting from the position of the last frame.

This works perfect if my camera is not rotated. However, if I rotate the camera (x by 30, y by 60) and pan the camera then it goes wrong. Which is actually correctly panning according to the code. But this is not desired and I know I need to do some math to get the correct x/y which I am not aware of it.

Can some one help me achieving it?

I am getting an Idea but I am not sure how to do it :(

I've faced this exact same issue a few days ago. I have a camera class which deals with camera logic. It has a method which receives the mouse deltas and according to it, changes the camera speed (because I have a smooth panning using speed instead of position), but for the position the reasoning is completly analogous. This code is in java but you can easily extract the math from it:

This works by manipulating the panning vector according to the rotation of the camera.

You might have to provide the negative of deltaX and/or deltaY to the method for it to work correctly depending on how you calculate the deltas.

You may also need to take the minus sign out of the angDifUp variable.

If you want I might add extra explanations later.

Edit I made a sketchy illustration explaining the reasioning: 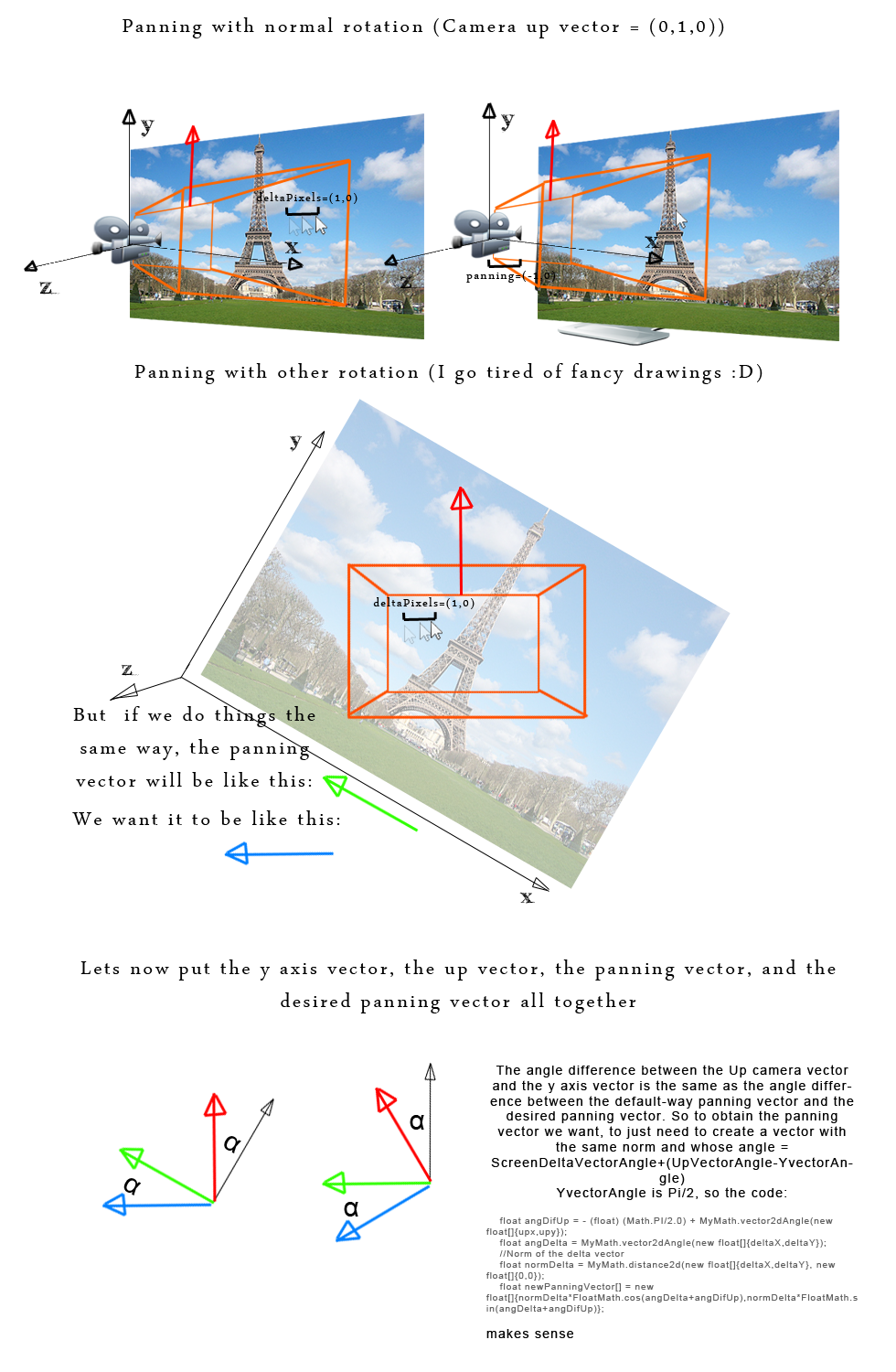 Not the answer you're looking for? Browse other questions tagged 3d actionscript-3 camera or ask your own question.