I'm making a casual grid-based 2D iPhone game using Cocos2D. The grid is a "staggered" hex-like grid consisting of uniformly sized and spaced discs. It looks something like this: 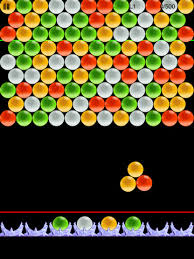 I've stored the grid in a 2D array. Also, I have a concept of "surrounding" grid cells. Namely the six grid cells surrounding a particular cell (except those on the boundries which can have less than six).

So this works but not too well. I've considered a potentially simpler brute force approach where I just compare the moving disc to all stationary discs at each step of the game loop. This is probably feasible in terms of performance since the stationary disc count is 300 max. If not then some space-partitioning data structure could be used, however that feels too complex.

What are some common approaches and best practices to collision detection in a game like this?

Edit - More info: This current implementation has a few bugs like discs will sometimes stick over an occupied grid slot. Also it's too difficult to get discs into small spaces. These are all fixable. I asked here just to learn about alternative approaches.

You could treat circles (balls) as hexagons, and calculate exact position of a circle mathematically, but I suggest you use a grid, as in these answers:

Then get balls registered on a cell under mouse cursor and iterate through them to see which is in shortest distance to the cursor.

I don't know what is the actual issue with this algorithm, since you didn't provide any explanation, but assuming you get false negatives for collision, I would suggest running your check not for the nearest grid cell but for all the grid cells that the moving disc collides with.

Not the answer you're looking for? Browse other questions tagged 2d collision-detection cocos2d-iphone hexagonal-grid or ask your own question.