I've made a blood particle system based on Unity's demos. (Exploding paint [Blood]) The blood is flowing and when it collides with a Plane Transform wich I've created a small pool of blood spawns as a Collision Sub Emitter. 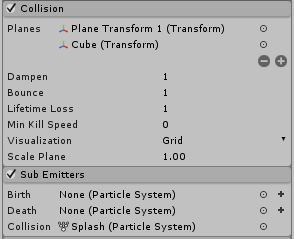 My main problem is that when I want to add another object to collide it just doesn't want to work. When I create a cube, and set it as a collision plane the collision will only occur at the half of the cube. 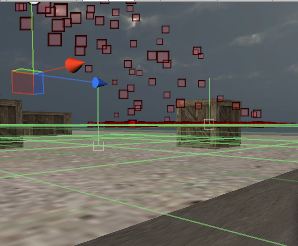 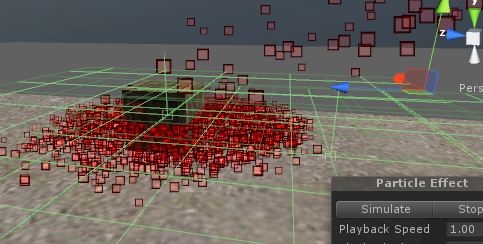 How could I solve it?

After further research I've come to the conclusion that I can't do it with Particle System collision, because it can only collide with planes. To create an effect like I've described, a solution for it is Texture Decals.

Not the answer you're looking for? Browse other questions tagged collision-detection unity particles or ask your own question.