Turn based battle and formula

I'm building a game called DVP(Digimon Virtual Pet), and in this game other than taking care of your digimon, You can also battle and breed them. I'm working on the battle system (making it first cause the actual pet system will be easy compared to the netplay, or 39DLL)but here is the problem I don't want it to be "too" simple or "too" complicated, but I do want to go by a certain formula. There are str, def, spd, and int.

I can make a super simple turn based example, but I don't know how exactly to make the formulas for what I've explained above, any help?

You can either copy an existing battle system, or create a new one. 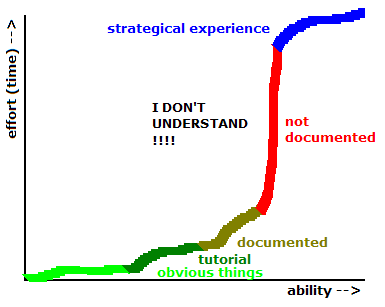 Creating a new system that is both simple and challenging is not an easy task - you need to be a genius to create something that is 'ingenious in its simplicity'.

Not the answer you're looking for? Browse other questions tagged game-design turn-based balance or ask your own question.

122
How to develop RPG Damage Formulas?
12
Practical balance of “chance” video game mechanics
6
techniques for an AI for a highly cramped turn-based tactics game
0
To-hit formula for turn based isometric battle RPG
1
How to design simple turn based combat system with multiple difficulties?
4
How to use Moving Average to avoid lucky streaks in RNG
0
Random enemy generation algorithm help