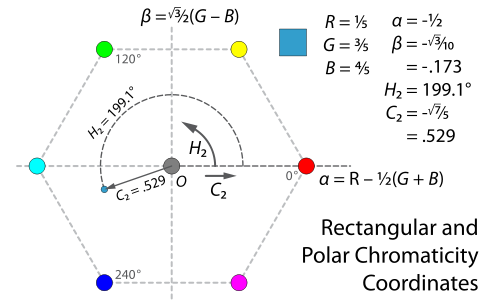 Not the answer you're looking for? Browse other questions tagged graphics-programming color ui-design .

8
Making a symbol appear on any colour

0
How do you find the "best" color palette for a game?
4
What is the color value of daylight?
1
Use of the xyY color space?
9
Colorize with a given color a texture
0
Why does RGB order differ between color formats?
3
How do I get the object color?
2
How can I efficiently change the color of a BufferedImage?
0
Can I linear interpolate color along both the X and Y axis of a circle instead of using the distance formula on each individual point?
2
How can I build an accurate 15-bit Highcolor RGB palette