Do higher-level 'Pure AI' concepts (such as Neural-Nets or Genetic Algos) ever get implemented successfully in commercial games?

Although graphics is my main area of focus, I've been dabbling with Game AI concepts for quite some time now; from simple A* path-finding to intricate Perceptrons..

My question is this; Does anyone have any examples of successful (or perhaps more interestingly, failed) implementations of some higher-level AI concepts in large-scale commercial titles?

By higher-level, I mean methods of simulating intelligence that are usually found in Pure AI.. For example..

I understand that as well as a financial budget, developers also have a budget of memory usage (with AI often taking a back seat). Many of these methods are costly to implement and provide limited returns.. I am just intrigued to find out if anyone knows where or when any of these (or any other high-level concepts that I've forgot to mention) have been deployed in any well-known games :)

I also know that in this industry, trade-secrets are a fact of life ;) Aside from the AAA titles, if you have any of your own success-stories (or disasters) it would be nice to hear them! :D

Generally speaking neural networks and genetic algorithms are not used in games, and apart from recent interest in using neural nets for deep learning, not that often outside of games either.

The main reason these are taught in AI academia is not because of their practical applicability but because they are quite easy to explain as teaching devices - both have mathematical and biological analogues that allow a student to understand how they could work.

In the real world, you typically need reliability and predictability. The problem with learning methods is that if they learn 'in the wild' then they can learn the wrong patterns and be unreliable. An NN or a GA could potentially reach a local maximum which is not guaranteed to be good enough to provide the gameplay experience required, for example. Other times, it might end up being too good, finding a perfect strategy that is unbeatable. Neither is desirable in most entertainment products.

Even if you train offline (ie. before launch, and not during gameplay), an apparently good looking set of data could be hiding anomalies that, once found by a player, are easy to exploit. A neural network in particular typically evolves a set of weights which is quite opaque to study, and the decisions made by it are hard to reason about. It would be difficult for a designer to tweak such an AI routine to perform as desired.

But perhaps the most damning problem is that GAs and NNs are generally not the best tools for any game development task. While good teaching devices, anybody with sufficient knowledge of the subject domain is generally better equipped to use a different method to achieve similar results. This could be anything from other AI techniques such as support vector machines or behaviour trees through to simpler approaches such as state machines or even a long chain of if-then conditionals. These approaches tend to make better use of the developer's domain knowledge and are more reliable and predictable than the learning methods.

I have heard however that some developers have used neural networks during development to train a driver to find a good route around a racetrack, and then this route can then be shipped as part of the game. Note that the final game does not require any neural network code for this to function, not even the trained net.

The 'cost' of the method is not really the problem, incidentally. Both NNs and GAs can be implemented extremely cheaply, with the NN in particular lending itself to pre-calculation and optimisation. The issue is really that of being able to get something useful out of them.

Applications of "academic" AI in games tends to be a lot more subtle than the types of things one normally thinks of as AI in the game sphere. A lot of my Game AI professor's focus back when I was in school was AI for camera control. His other area of interest was AI narrative management which is as far as i know still limited to academia for the most part. A notable example of this later area would be facade.

That being said, Lionhead's Black and White series of games did use AI similar to what you are talking about with the question above and was at least successful enough for them to make a sequel.

I remember reports of radiant AI from "The Elder Scrolls IV: Oblivion' being an example of this vein of behavior originally as well but it had to be dumbed down because of strange unexpected behavior like NPCs killing each other over food.

They are hard to debug, so a glitch (possibly caused by accidental over optimization) cannot be fixed easily. Because of this, any neural network used it games should learn in real time during gameplay. However, they have been used, for example the game NERO.

Forza uses neural networks for car AI. From what I have heard, they did all the learning ahead of time before they shipped the game, so its a static neural network at runtime.

A buddy of mine on the project told me about it, but this article also talks about it: http://gamingbolt.com/forza-5-developer-best-explains-cloud-technology-create-ai-agents-to-win-for-you

Since you asked for examples in industry, here's one for you: The earliest title I know of that used neural networks was Fantasy Empires, a D&D TBS / action game released 1993. Apparently they used these to drive what the dungeon master figure would say and do in an "intelligent" but "non-predictable" fashion... if you've played the game a lot, you might disagree! The animated dungeon master figure offers guidance on your gameplay style, based on your recent actions, from a collection of static sound bites, using the NN. I assume it is a very simple network indeed.

(see page 57 of the manual for details) 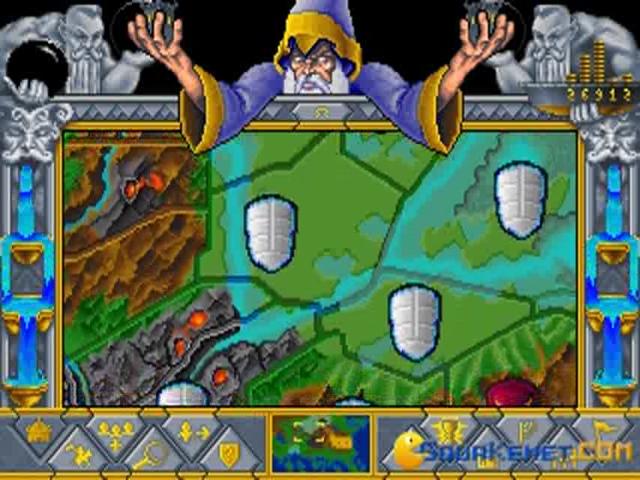 Not the answer you're looking for? Browse other questions tagged ai .