How is the terrain generated in Commandos and Commandos game clones/look-alikes?

The Commandos series of games and its similar western counterpart, Desperados, use a mix of 2D and 3D elements to achieve a very pleasing and immersive atmosphere. Apart from the concept that alone made the series a best-seller, the graphics eye-candy was also a much appreciated asset of that game.

I was very curious on what was the technique used to model and adorn the realistic terrains in those titles? Below are some screenshots that could be relevant as a reference for whomever has a candidate answer: 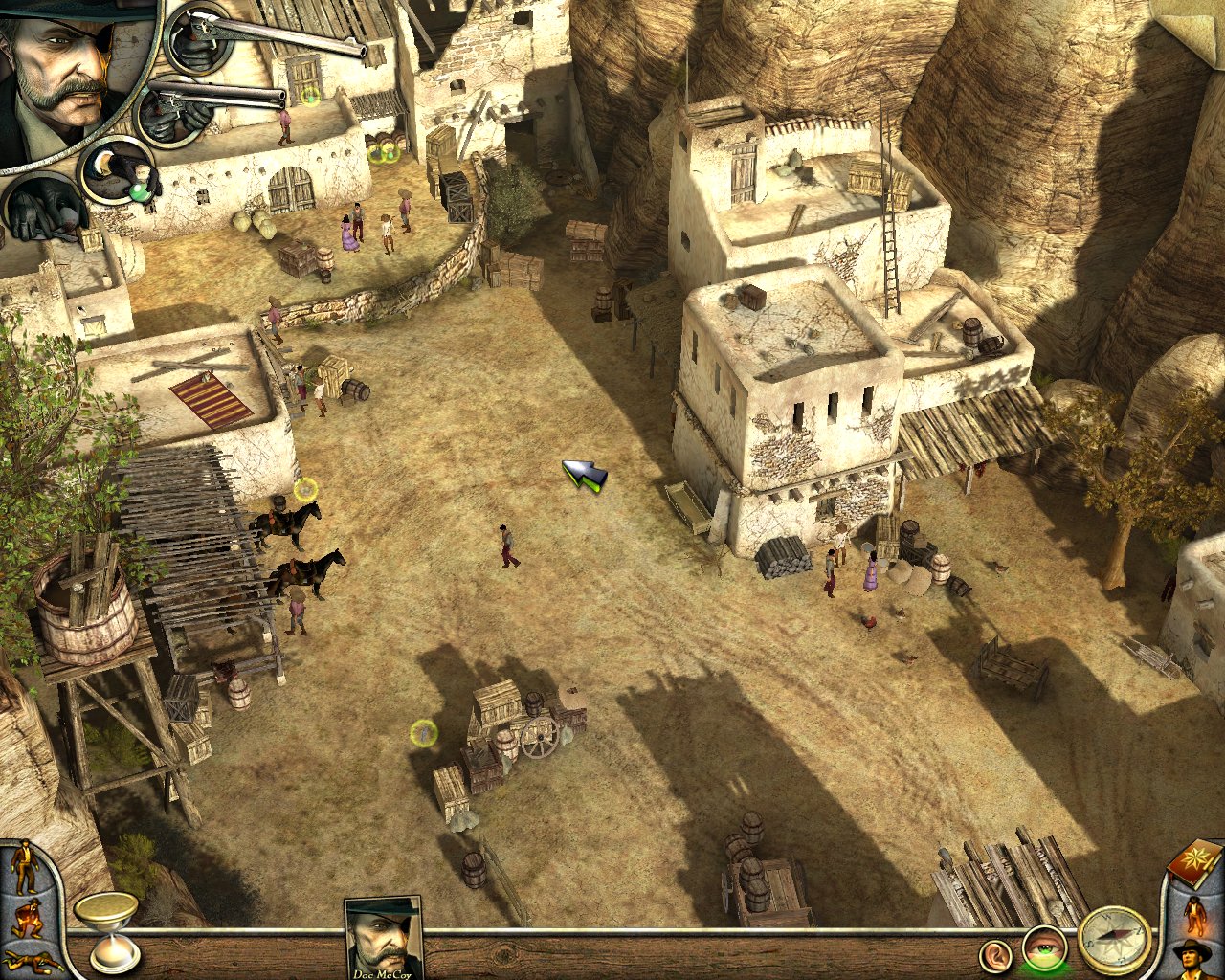 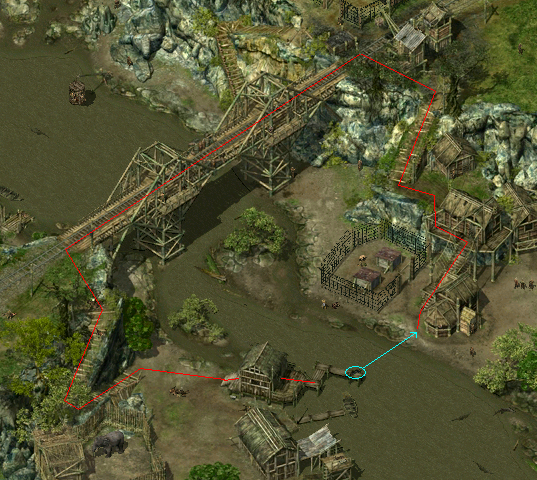 The tiny details and patternless distribution of ornamental textures make me think that these terrains were not generated using a standard heightmap-blendmap method.

The commandos titles look like they use prerendered backgrounds. This means that one or multiple artists design the whole wort in a 2d or 3d programm. Commandos looks like it was done in 3d and then post processed in like photoshop. The exporter of the 3d programm used a special export method, as the viewing perspective is not physically correct. Objects more to the north should be smaller, but the size doesn't change correctly according to the perspective. If I'm not mistaken this mode is called "Orthogonal Mode".

Parts of the generated map are splitted into different groups. There are some graphics, that only are used as ground texture (this may be the biggest part of the exported map), there are parts that are animated or can change (a door for example can have an opened and a closed state) and there are graphics, that sometimes are drawn behind the soldiers and sometimes in front, depending on the standing position.

The Baldurs Gate and Icewind Dale series used the infinity engine, which uses a similar rendering style (the setting may be fantasy, but the graphics always looked kind of realistic to me, just like commandos). There has been a strong modding community around the infinity engine and a quick look to wikipedia revealed to me, that there is an open source clone / implementation of the engine in the works.

As the engine is pretty well known and documented by the community I think you can will be able to find a lot of detailed information about that type of map rendering in the GemRB community.

Not the answer you're looking for? Browse other questions tagged terrain terrain-rendering map-editor content-generation or ask your own question.