I implemented such an algorithm for lines, but could not adapt it to quadratic and cubic bezier curves. So I need an algorithm that will compare the position of a point relative to a bezier curve which has the form of

for quadratic bezier curves or

for cubic bezier curves, and check if it is in the neighborhood of the bezier curve's path, I mean on the black drawn area. 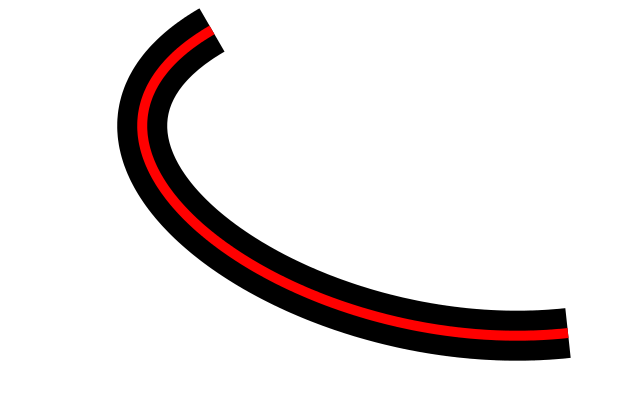 In particular, The last answer on the page gives this link, which I thought explained it fairly clearly:

Not the answer you're looking for? Browse other questions tagged mathematics graphics javascript html5 .

27
Bezier curve arc length
3
Make an object slide around an obstacle
6
How to compute the 2D equations of 3D circular arcs?
12
Converting a 2D curve into points for data storage
5
How do splines work?
1
How to smooth hand drawn lines?
1
Why does the first red-zone sometimes appear too close to the border in my battle-royale red-zone feature?