I currently have a class structure as the following: 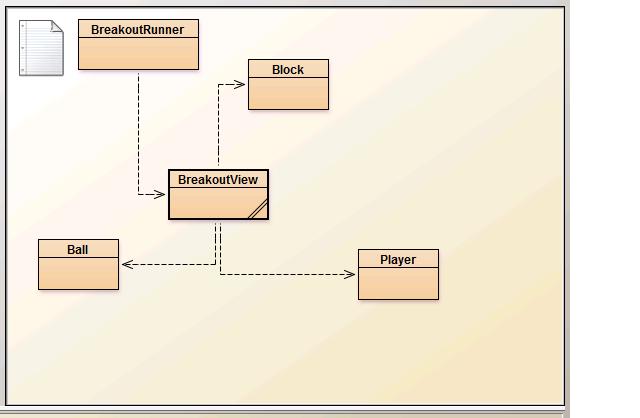 The BreakoutRunner class is the basic initialization stuff for a JFrame. It holds a BreakoutView, which is a JPanel that contains the update logic, and the renderer.

First off, is this a correct structure?

Secondly, I am having problems getting this to work correctly. In BreakoutView, I have the following constructor:

I have the method start() which is commented because it is causing the problems. With the line commented, the game looks like so: 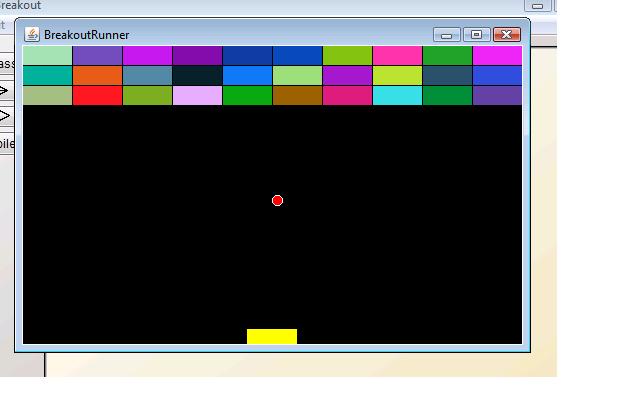 But the problem arises when I take away the comment, and add the start() method.

Which includes calls to update:

and repaint, which I believe calls the paintComponent method:

When the code is run with start() uncommented, it gets thrown into an infinite loop, while the frame and the panel get turned into something that looks like this: 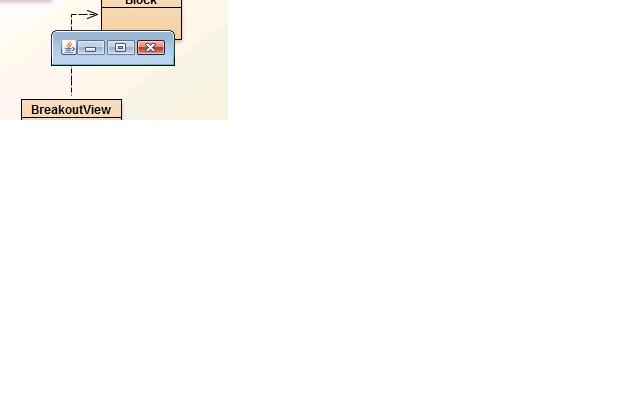 What is going on here? Any idea why I'm just sent into an infinite loop?

DISCLAIMER: I know the update loop is not completely correct. I am more worried about getting it to work period, rather than at an even frame rate... (IE. sleep == bad).

You're not supposed to call your start() method inside the class's constructor, is your problem.

You need to create a separate Thread object that handles your main logic/rendering loop.
That you can start in your constructor, but it would be safer to start in your main(String[] args) method, just in case.

By not allowing control to drop back into Swing, you're preventing it from actually pack()ing the JFrame and preparing it for rendering.

Not the answer you're looking for? Browse other questions tagged 2d java rendering game-loop or ask your own question.