How to control an actor movement in UDK

This might be very basic, but I couldn't find something relevant to what I need (see below). I am working on a very basic thing: a 3D environment with some buildings, and actors walking inside it. It looks like following: 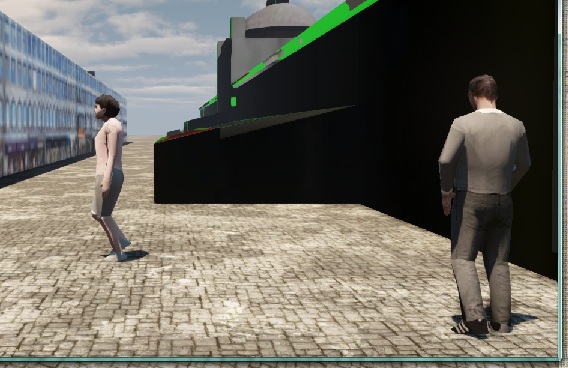 I mainly want to manage to have one actor standing around, idling, and another walking around the area. Right now, this is done through matinee + skeletal mesh groups, and forcing a looped animation on the actors: 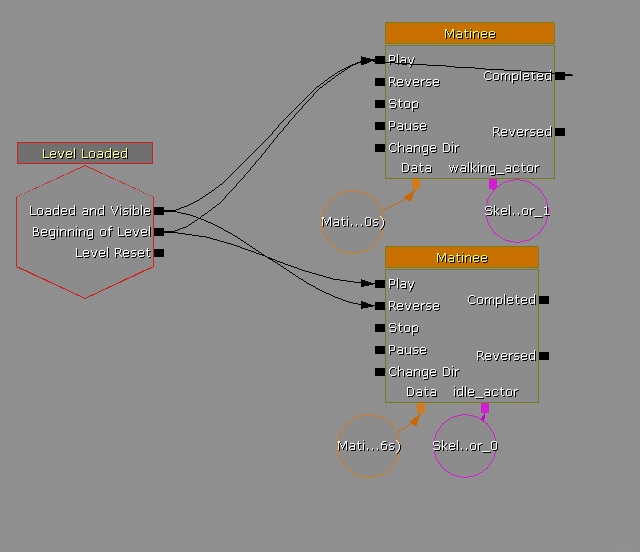 But I realize this is super caveman-level. So I've build an AnimTree, linking the idling and directional animations to the corresponding nodes. But then, I'm stuck. I added the AnimTree in the actors properties, but nothing happens. I've tried MoveToActor, but no success - is there a thing to set to allow an actor to move? Also, I place the actors on the map manually (they are supposed to be unique), should I spawn them instead?

Since I have so much trouble finding how to do this through Kismet, I'm starting to suspect this has to be done through scripting/coding, but I would like to be sure there is no way to do it through Kismet before going that route.

Every bit of answer about how to tell an actor something along the lines of "go in that direction as much as you can, then when you hit a wall turn 45° and continue" would be awesome.

I recommend you to check following tutorials. And of course controlling the actors using scripts is the best method. It will give you more control over them.

And here you will find more useful guides. http://www.moug-portfolio.info/

Check the AI pawn movement tutorail as well. If you want to move NPCs it will be really helpful. And that tutorial only shows how to move a default pawn. But you can manually set an animation to your charactor.

Not the answer you're looking for? Browse other questions tagged software-engineering udk or ask your own question.

3
Options for UDK and version control repositories?
1
UDK requirements
4
Transfer my UDK 2 project to UDK 3?
5
How do I find actors in an area on a poly-precise basis?
2
How can tell if a player has performed some action in UDK?
10
UDK: Checking actor type in projectile ProcessTouch
18
How can I maintain a rectangular formation when units are added or removed?
2
UDK - deferred rendering?
0
How do I connect Unity to a server backend developed in .net core?