Is it possible to give an animated GIF a transparent background?

I'm making a Fire Emblem-esque game. There are very cute 2D frames I made for each character, and, like a game like Fire Emblem, I want these characters to animate constantly.

To circumvent the graphics programming involved I came up with a novel idea! I would make each character an animated gif, and only in special conditions ever halt their constant movement - in that case just change what image is being displayed.

Is it possible to have a .gif with a transparent "background"? Perhaps my knowledge of file formats is limiting me here. 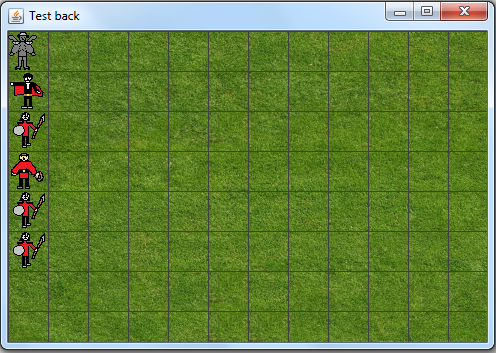 It's certainly possible (as in the, format supports it), the exact process by which the desired result is achieved will differ from tool to tool. For example, here is a video that purports to illustrate how to make transparent animated GIF images with GIMP. Similarly, this blog post also describes the process.

It largely comes down to making sure your image frames have alpha channels in them before you combine and export them into the final format, regardless of which tool you use.

Also, depending on the media you're using to display the .gif, things may change.

For example, in the good old RPG Maker days, if you saved a .gif with a transparent background on Photoshop, it would look white in RPGM, what you needed to do was make the background a specific pink that RPGM understood as transparent.

71
Which image format is more memory-efficient: PNG, JPEG, or GIF?
9
How can I create animated card graphics like in Hearthstone?
0
Game Background graphics blurred edges?
0
Problem with transparent textures in SFML
2
How to project textures onto an animated model?
0
Cocos2d-x setContentSize, setScale give poor graphic quality