I'm 21 years old and I suck at math, I mean really bad. I don't have the necessary logic to apply it towards programming. I would like to learn the math and logic of applying it. I found Game Institute (http://www.gameinstitute.com) awhile back and heard a lot of praise about them. Are there Math courses any good?

Edit: My high school was terrible and did not prepare me for any math. I am fairly decent at programming, I just don't have the logic to apply any mathematics to programming, as an example I don't understand the algorithm of finding the size of a user's screen.

Yes I have heard of KhanAcademy (http://www.khanacademy.org/) and I have completed a lot of maths on his website but I still don't have the logic to apply any of it to programming.

If you suck at maths you don't want to be starting at the game development level because game maths generally uses some advanced concepts, e.g. matrices and some calculus. Other things like vectors, trigonometry (or anything to do with angles) aren't so complex but they aren't beginner-level either.

Learn the basics first, then worry about learning stuff specific to game development.

Their courses cover most of the American high school curriculum, and there is a significant amount of maths education available on the site. They're also free-as-in-Wikipedia because the guy who runs the site can afford to do that.

Once you've learned the basics you can also learn stuff specific to game development from Khan Academy, because they teach Linear Algebra and Geometry and other game development topics too.

So: No. Don't use Game Institute. First because you suck at maths, second because even if you didn't you can learn the maths for free.

I have access to Game Institute and I do think all of the courses I've done are really good, including the math course. However, if you really want to start from the very basics, I would recommend that you watch the videos from Khan Academy instead. Some points of interest: 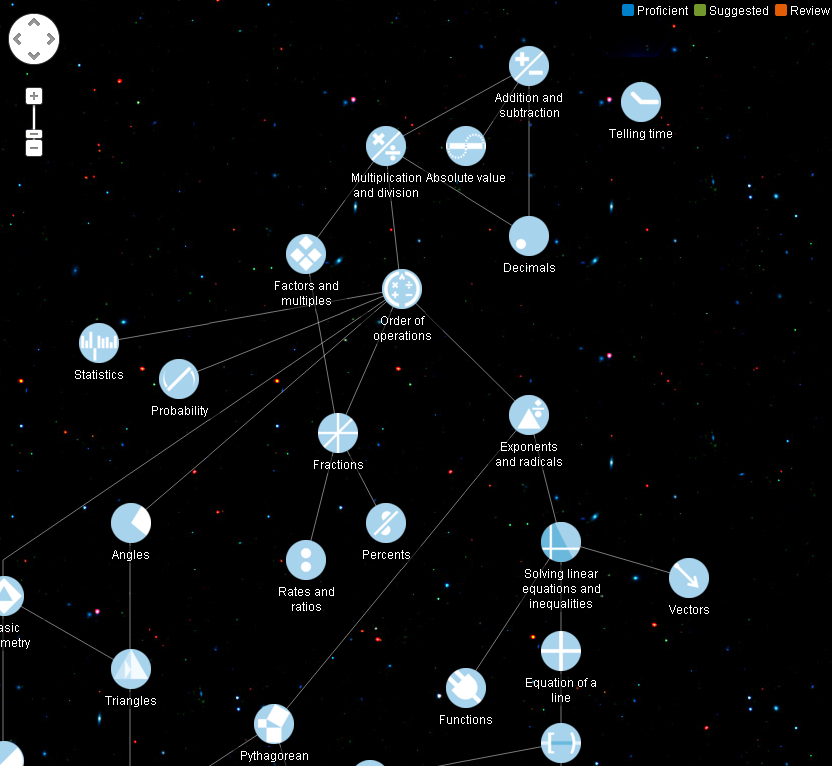 Math is hard enough to learn in 4 years with a teacher guiding you. I honestly don't see how you can learn it on your own by following web tutorials. My suggestion is enroll in math course at college or university.

Not the answer you're looking for? Browse other questions tagged mathematics physics trigonometry or ask your own question.