I have the following scene: 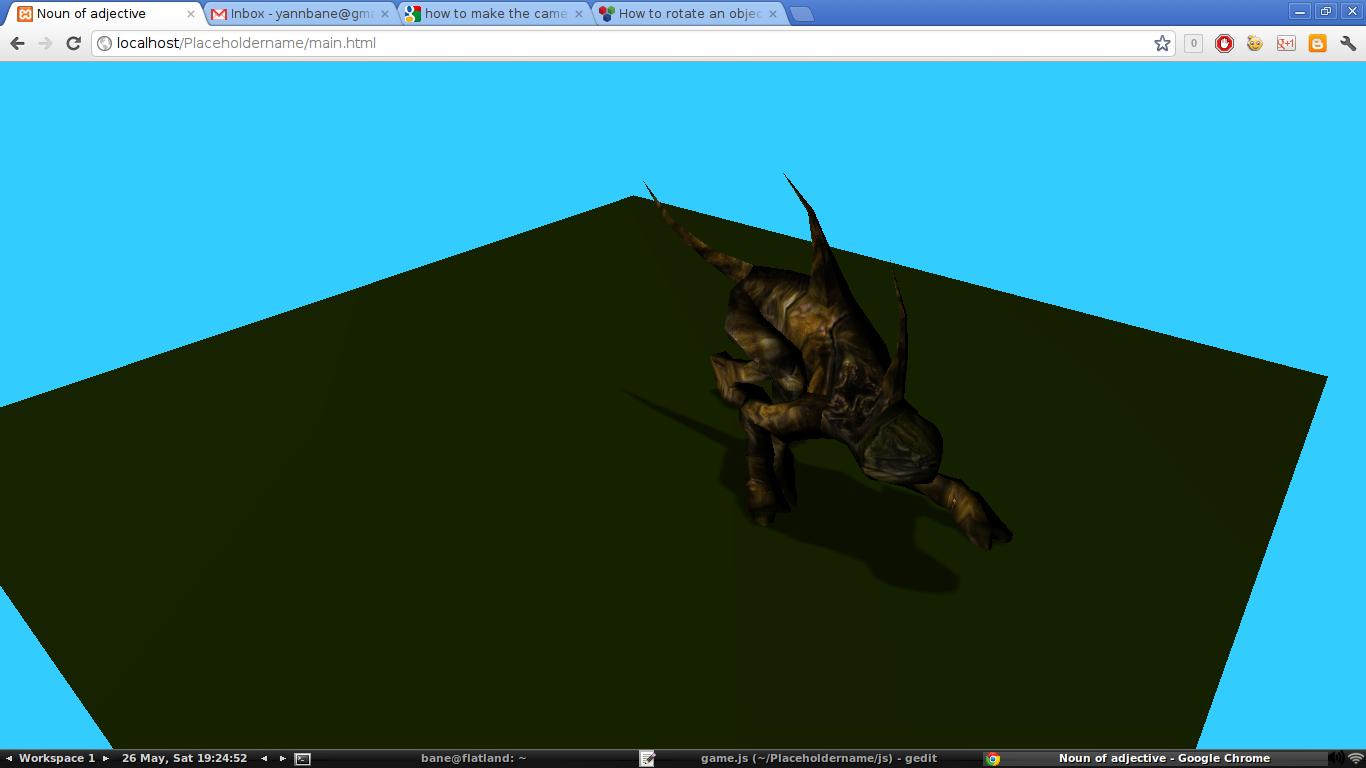 I'd like it to work almost as in World of Warcraft; while I'm standing still I can move the camera around freely, but as soon as I move, the monster should change the direction according to the camera.position >>> focus vector. Also, I need to make it move in that direction, I guess I could have a 2D vector called speed, which I should change accordingly (it would look like a rotating radius of a circle I guess).

How do I do this?

For reference, I'm working in Three.js, and this is the code with which I rotate the camera:

And at render time I do this:

If you know how to turn the mesh to a desired rotation vector, you can just get the direction the object should walk with the following formula direction = normalize(position - focus) Where position is the mesh position and focus is your focus position. If the focus is really behind the mesh as you said, just multiply it by -1.

If as you said, you can't use the focus here, you can do the same with the camera position direction = normalize(position - camera) Multiply by -1, and as you want to move just on the XZ plane, set Y to 0. Should look like this:

I assume you still want the monster to stand upright, so if you want it to face away from the camera while aligned to the ground, simply create a LookAt rotation matrix like so: LookAt(eyePos, targetPos, up) where eyePos would be monster.pos, targetPos would be [monster.pos.x - camera.pos.x, monster.pos.y - camera.pos.y, monster.pos.z] (ignoring the camera's height), and up would be [0,0,1] , assuming z is the "up" axis. If there is no LookAt matrix function provided, you find find an implementation here

Not the answer you're looking for? Browse other questions tagged 3d mathematics camera webgl three.js or ask your own question.

1
Three.js camera rotation and behavior
2
Problem using glm::lookat
4
What are the types of 3rd-person camera called?
1
How do I fix my planet-facing camera?
1
3rd person camera rotate around player with mouse