Why are the “professional” versions of console SDKs closed to the public?

Why are the "professional" versions of console SDKs closed to the public? For example the Xbox Development Kit is available only to certain registered developers. The PS3 has some similar arrangement. Even the pricing is undisclosed.

What is the reason for this secrecy? Also, what additional features do these "professional" SDKs have, in comparison with the free SDKs (like XNA)?

This scheme was started by Nintendo to counter the effects of the video game crash of 1983.

There were several reasons for the crash, but the main cause was supersaturation of the market with hundreds of mostly low-quality games which resulted in the loss of consumer confidence....

It continues today because it's a lucrative deal for console manufacturers, allowing them to sell devices below-cost to customers, and make money licensing the SDK to developers, often taking a cut of revenue as well. The benefit to consumers today is highly questionable, especially compared to more-open-but-still-gated models like Apple's App Store.

The difference between the free and proprietary SDK varies by vendor. In all cases, the free option is more technologically limited - XNA limits you to C#, for example, where the full XDK allows you to write in any language that can target the Xbox 360's PPC-based architecture. The same is true of the hardware. The Xbox debugging units contain larger hard drives, can connect to SMB drive shares, and connect to a special version of Xbox Live. They usually also come with customer support contracts and access to other developer tools like better profilers or test harnesses.

Well for one thing these professional SDKs usually come with different hardware. For example this is how (the old) PS3 development station looks like (U2/U3 rack size):

And this is a Xbox 360 development kit: 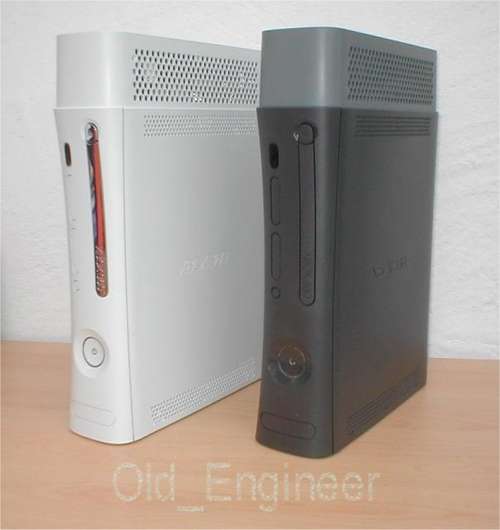 And even if the SDKs can run on normal 'consumer' consoles (which they can do but with limited functionality, usually just used for debugging) it still possesses a security risk since the SDKs gives you a lot lower level access.

There is one more thing: how broader you distribute the tools how more polished and easier to support it should be. Software like XNA is extremely polished and an amateur can easily make heads or tails of it without reading a lot of the documentation. Time till you first polygon on screen: 5 minutes. The SDKs are a lot less friendly beasts you'll be reading documentation for days or weeks before you can get anything going and special engineers are sometimes flown in to studios to help with quirks. The support cost per person is a lot higher so Microsoft and Sony try to limit the number of people who they have to support to the people they know can make a good profit for them. It's all about costs and benefits.

Not the answer you're looking for? Browse other questions tagged game-industry console or ask your own question.

6
Where are the requirements documents for console game software?
9
How can I measure the “creative/entertainment value” of video-game requirements?
18
Why are big files better than small files for consoles?
3
When and Why to use Console Logging
33
How do graphics evolve so much on the same console hardware?
9
Why do companies still use really old versions of Visual Studio?
2
XNA makes the console flicker
2
Why are there no in game time subscription options?