In a few games in the Android Market/Google Play Store, huge bitmaps are drawn onto the screen.

For example, the game Unicorn Dash: 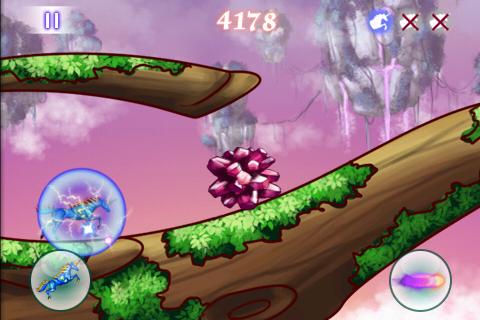 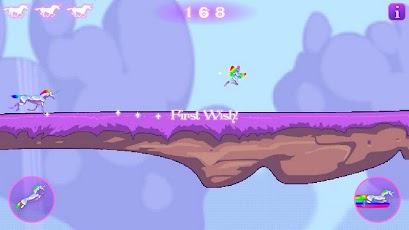 I'm assuming the entire island (which is multiple screens long) is loaded into memory. With probably around 10 different islands, how can something like this be possible? I've attempted to do something similar in one of my games, but I always ran out of memory. The bitmaps are (estimated) at around ~2000px x 500px at the largest which comes out to about 4mb each uncompressed? If you had 10 of them it would require 40mb of memory! So obviously I'm missing something. Is it plausible to be loading and unloading bitmaps into memory while the game runs? Or is there some other technique that I'm not aware of?

I extracted the images from Robot Unicorn Attack and saw that they were indeed whole images (not split up) of around 2000*500 pixels.

Is there some other technique that I'm not aware of?

You could use OpenGL to use compressed/palletized textures (see this thread for tips) -as others pointed out in comments.

Is it plausible to be loading and unloading bitmaps into memory while the game runs?

Definitely. If your textures don't fit in memory, even compressed, you have to use some kind of texture streaming. In a nutshell:

Be aware though that like any multithreading technique, this is error-prone and you need to design you process carefully to avoid nasty issues.

Look at how libgdx manages bitmap data to get an idea of how to get around the Java OOM Exception that you're running into. Basically, what they do is use a native backing store for the bitmap data in Gdx2DPixmap.java which is gl bound in Texture.java. I've used libgdx to bind 10-15 512x textures with no memory issues on 1st gen devices. If I tried to manage the bitmaps in Java memory, it would fail like you are seeing.