I am modeling a tank and I don't know what key I've pressed, but now the object in Maya is looking very weird. 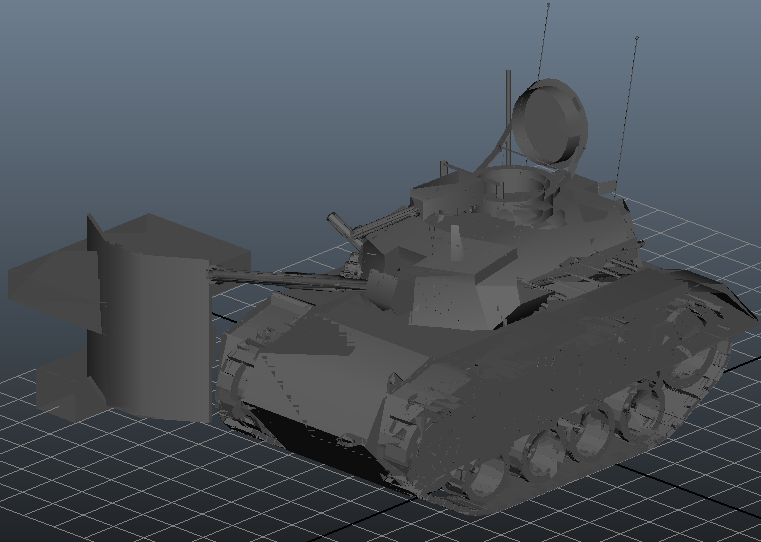 Does anybody know how to solve this problem?

I believe the far clipping plane in Maya gets pushed out automatically as you zoom the camera, so going to an extreme zoom will cause this issue.

The reason pasting your model in a new file fixed the issue was because the camera's near and far clipping planes were reset.

To fix this issue you want to go to

Sorry guys, I fixed it. I just had to copy the object, open a new file and paste it in there. I still don't know what the cause of this problem was, but this is a solution.

Thanks everyone for helping, thanks a lot!

Not the answer you're looking for? Browse other questions tagged 3d models maya or ask your own question.