The problem is the collision. Though I can make the collider box of a bullet be long enough to reach the ground (and collide with it), the real issue is optical.

When the bullet is fired from a aircraft and collides with some object on the ground (building, ground unit) it will be optically offset due to the perspective camera, because it looks like the shot "by-passed" the target as seen below 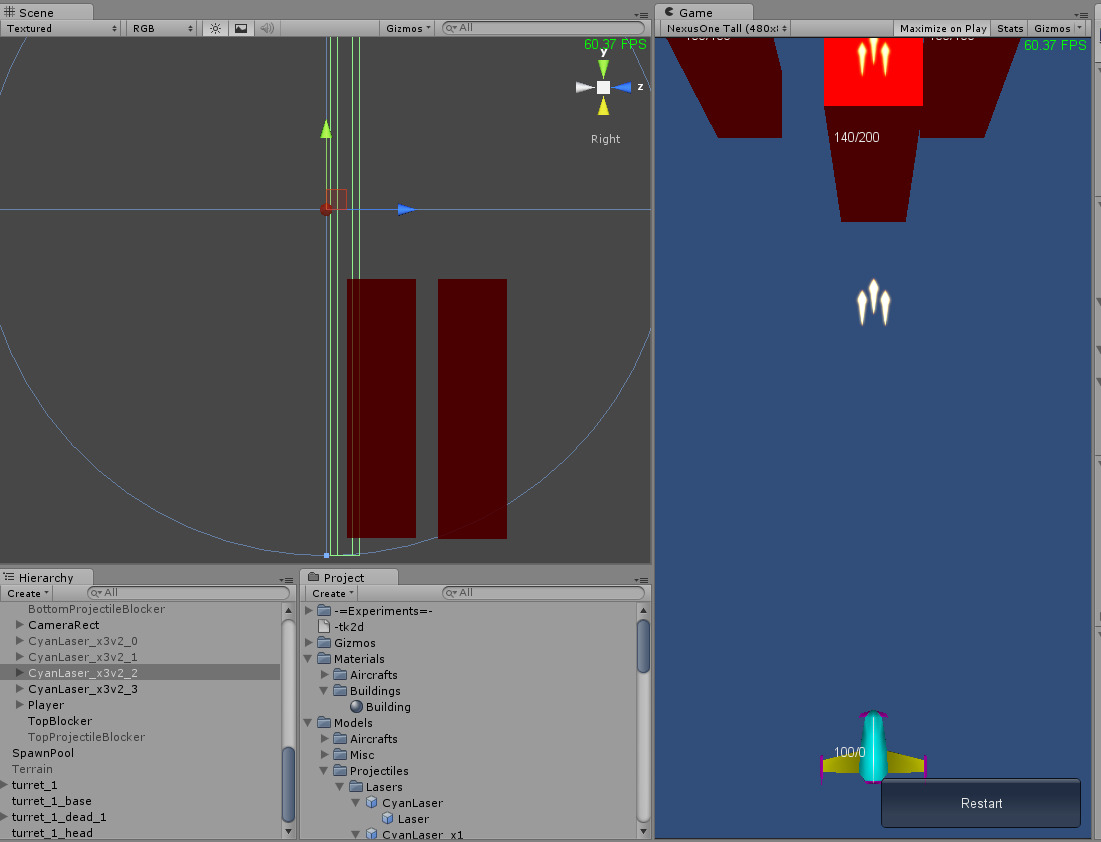 Is there any way to make the bullets collide perspectively correct? I'm using Unity3d Engine and it offers only simple colliders (box, sphere, cylinder, mesh and wheel), though I don't think a cone-formed collider would solve this issue.

I'd need a (cheap) way to check if it's overlapping a destructible object? I thought of casting a ray from the camera through the bullet and if it hits something destructible, trigger an action, but that's quite punctual and maybe to performance heavy on certain number of bullets

I've solved it by putting the projectile collider in a child object and rotate it towards the camera.

It was as simple as dropping this script into the collider for the projectiles. One makes them very long, so they can touch the ground objects.

Some of this isn't necessary anymore, since Unity3D has been optimized a lot in the past 6 years. The myTransform was basically an optimization to avoid calling transform property on every update, but it should be a non-issue by now.

And the reason I did initialize in OnEnable is cause my projectiles were recycled in an object pool, so they are only created once and then put inactive one used or go out of screen and return back to the pool.

Not the answer you're looking for? Browse other questions tagged c# 3d bullet-physics perspective or ask your own question.

0
Creating A Bounding Box around each item in a list XNA 4.0
5
Set a 2d camera's position so that a building is under the players feet
1
How to correctly create bullet rigid from custom .mesh in Ogre?
0
What are the correct angles in the Top-down perspective?
4
Collider / coroutine timer issues
1
3D Perspective issues
1
How can I convert Physics2D.Raycast to Physics2D.BoxCast to yield the same results?
1
2D Circular Distribution Overlap