Can someone explain this Pulsate code to me

I grabbed it from the XNA GameState sample and just curious.

As the name implies, this would likely give the appearance of pulsating. 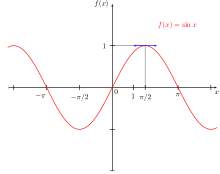 Not the answer you're looking for? Browse other questions tagged xna mathematics xna-4.0 or ask your own question.

5
How can I stop looking for keyboard input for a length of time?
1
Problem loading content in WinForms using XNA
0
Error X3650 when compiling shader in XNA
0
Can someone explain this occurrence with a fbx model in xna?
1
Shared Texture2D in XNA
4
Explain this line segment intersection code
9
Can someone explain dual contouring?
4
Odd Behaviour XNA Game Component
2
Flushing KeyboardState
0
XNA game structure question