Stencil buffer appears to not be decrementing values correctly

I'm attempting to use the stencil buffer as a clipper for my UI system, but I'm having trouble debugging a problem I'm running in to.

The slightly simplified code is below:

And this is how it's being used by the Widgets

This is the result of the above code: 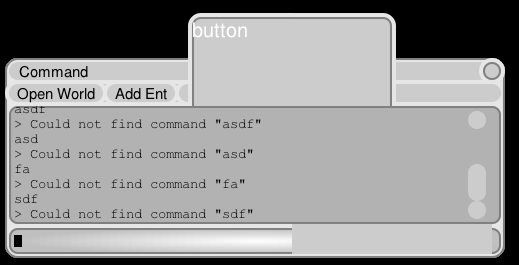 There are two things on the screen, a giant test button, and a window with some buttons and text areas on it. The text area scroll box is set to clip its children (so that the text doesn't extend outside the scroll box). The button is drawn after the window and should be on top of it completely. However, for some reason the text area is appearing on top of the button. The only reason I can think of that this would happen is if the stencil values were not getting decremented in the pop, and when it comes time to render the button, since those pixels don't have the right stencil value it doesn't draw over. But I can't figure out whats wrong with my code that would cause that to happen.

For UI purposes you can consider using glScissor. Just enable the scissor before outputting inner elements and disable it afterwards

This will restrict drawing out of specified area. The only note is that this allows only a rectangular scissoring