How do I make a collision between AABBs slide?

I have a room with objects inside. Each object has it's own AABB. 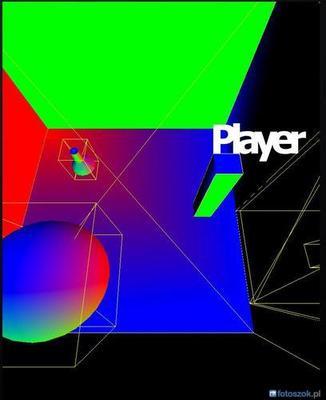 I know how to check for collisions between the objects with an AABB-AABB intersection.

How do I calculate an appropriate collision response to make them frictionlessly slide against each other as they collide?

What you're looking to do is have the solid object (wall, obstacle, etc.) push back with a force equal to that which the player is exerting on it. In a simulated physical world, applying forces will not result in the behavior you want, so the velocity of the player has to be changed directly. This is what's known as an impulse.

The impulse you want to apply to the player's velocity vector is:

And the result will be the component of the players velocity which was horizontal to the obstacle, so the player will 'slide' along the object. Note that this will work even if the player is sliding directly along the sphere, provided you calculate the collision normal correctly.

Not the answer you're looking for? Browse other questions tagged 3d physics collision-resolution aabb .

5
How do I avoid 3D AABB collision response getting stuck at block edges?
3
Behavior after collision using masks overlap

11
How to separate colliding objects without creating more collisions
4
How do I avoid causing more collisions, when resolving multiple AABB collisions?
2
Get intersected volume of two planes in 3D
2
How to calculate new velocities between resting objects (AABB) after accelerations?
2
Implementing collision response, current implementation does too many checks
2
Collision Scenario, Detection and Response
1
AABB swept collision response with voxel world
8
Collision between AABB and Circle
7
Could triangles be used for swept-AABB checks between positions?