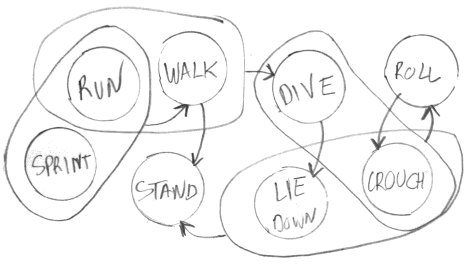 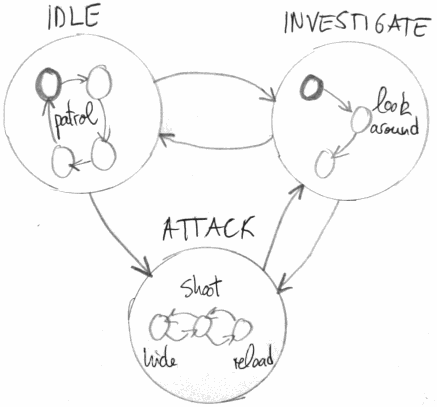 Not the answer you're looking for? Browse other questions tagged java architecture state screen fsm .

16
Advice on game architecture/design patterns
3
Should each UI screen contain the list of screens on the stack or should I use a manager class?
1
Game states affecting each other's objects
0
Should my game states be JPanels?
0
Game states vs calling new activities
1
Should character actions be considered states?
2
Handling User Input Based on the Current Game State
1
Is Pushdown Automata better for user input than Hierarchical State Machine?