My game uses the Content Pipeline to load the spriteSheet at runtime. The artist for the game sends me the modified spritesheet and I do a build in my machine and send him an updated project. So I'm looking for a way to generate the xnb files in his machine (this is the output of the content pipeline) without him having to install the full XNA Game studio.

I researched Shawn's blog and found the option of using Msbuild Sample or a new option in XNA 4.0 that looked promising here but seems like it has the same restriction: Need to install full XNA GS because the ContentPipeline is not part of the XNA redist.

So has anyone found a workaround for this?

Seems like the right answer to this is to skip the ContentPipeline and use Texture2D.FromStream to load the textures at runtime. This method works fine in a PC and even though there will be a small performance hit this is something that I can optimize once I'm closer to the release date. For now, having the ability of dynamically modifying the content for both the editor and game are exactly what I need. Once the content is frozen I can optimize this by going back to the ContentPipeline.

Since you've chosen this route I must warn you that it's actually not as simple as just using Texture2D.FromStream for two reasons:

XNA4 now handles textures with colors in premultiplied alpha format by default. When you load a texture through the content pipeline, that processing is done for you automatically. Unfortunately Texture2D.FromStream doesn't do the same thing, so any textures that require some degree of transparency will be loaded and rendered incorrectly. Below is a screenshot to illustrate the problem: 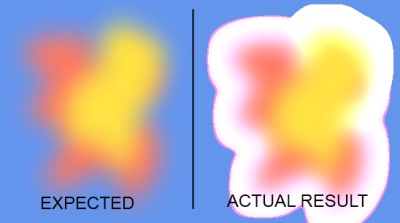 So in order to get the correct results, you need to do the processing yourself. The method I'll show uses the GPU to do the processing so it's pretty fast. It was based on this great article. Of course you could also instruct SpriteBatch to render in the old NonPremultiplyAlpha mode but I don't really recommend doing that.

I really needed bmp support on my engine so for that particular case I found a workaround that seems to work okay. I don't know about any of the other formats though. The catch with my method is that you need to add a reference to the System.Drawing assembly to your project, because it makes use of GDI's Image.FromStream which supports more formats than Texture2D.FromStream.

If you don't care about supporting bmp you can easily drop that part of my solution and just do the pre-multiplied alpha processing.

First of all, here's the simplest solution if you don't care about supporting bmps. In this example the processing stage is done entirely on the CPU. It's a bit slower than the alternative I'll show below (I did benchmark both solutions) but easier to understand:

If you care about bmps then the thing you need to do is load the image with GDI first and then convert into PNG internally before passing it to Texture2D.FromStream. Here's the code that does that:

Finally, the approach I use on my projects is to use the GPU to do the processing instead. In this method you need to create a render target, set up some blend states properly, and draw the image twice with a SpriteBatch. At the end I go over the entire RenderTarget2D and clone the contents into a separate Texture2D object because the RenderTarget2D is volatile and won't survive things like changing the backbuffer size so it's safer to make a copy.

The funny thing is that even with all of this, on my tests this approach performed about 3 times faster than the CPU approach. So it's definitively faster than going over each pixel and calculating the color yourself. The code is a bit long so I placed it in a pastebin:

Just add that class to your project, and using it as simple as:

Note: You only need to create one TextureLoader instance for the entire game. Also I'm using the BMP fix but you can take it out if you don't need and gain a bunch of performance, or just leave the needsBmp parameter as false.

I think most teams would commit the xnb changes (well, all changes really, xnb includud) to their svn server (that can be set up for free) and allow others (the artist, etc.) to update their own working copies.

In fact, that would be a good mechanism for the artist to version control the original (pre- xnb) art. He would commit changes to that, you would update your working copy of it, build it (making it an xnb in the process), commit your changes, he updates his working copy of your work and and everybody has all changes. (You have latest raw artwork, he has the xnb(s).

This scales very well too.

I kept investigating this and will post this for benefit of someone that has the same question.

Seems like the right answer to this is to skip the ContentPipeline and use Texture2D.FromStream to load the textures at runtime. This method works fine in a PC and even though there will be a small performance hit this is something that I can optimize once I'm closer to the release date.

For now, having the ability of dynamically modifying the content for both the editor and game are exactly what I need. Once the content is frozen I can optimize this by going back to the ContentPipeline.

Check this project out.

It will allow your artist to create XNB out of just about anything the default XNA content pipeline supports. The XNA framework redistributable is still necessary though your artist doesn't need Visual Studio.

Not the answer you're looking for? Browse other questions tagged xna xna-content-pipeline .

3
How do I import my first sprites?
1
Going from using XMLSerializer to using the XNA Content Pipeline
7
Loading sound in XNA without the Content Pipeline
8
What model file formats are supported in XNA?
2
Writing via content pipeline in Xbox game project
1
XNA - Saving Game Data without TypeWriter?
5
Bone creation in XNA Content Pipeline
0
MonoGame crash trying to load font from .xnb file
1
XNA game publishing help with incompatibilities via content built at runtime