I'm trying to implement a GPU skinning version of the md5mesh.js by @tojiro (demo with CPU skinning) in WebGL (live demo of the project here, use WASD to move the camera around).

The main concept is as follows: I modified the Vertex buffer object in order to fit the information of bones indices and bone weights, then for every frame of the animation I modify the bone matrix (an array of transformation matrices for each bone) with the appropiate matrix (for each joint I create an identity matrix and multiply it by it's orientation and position, then I multiply the result by the inverse of the bind pose and it's ready to go to the shader).

This works OK when the boneMatrix array is filled with identity matrices (by concept it should render the bindPose and it does). However when I try to load an animation the movements appear messed up and clipped. I discarded a wrong/corrupt version of the md5mesh / md5anim by loading them in an MD5 viewer.

Here there is an example of what happens when the boneMat array is filled with identity matrices: 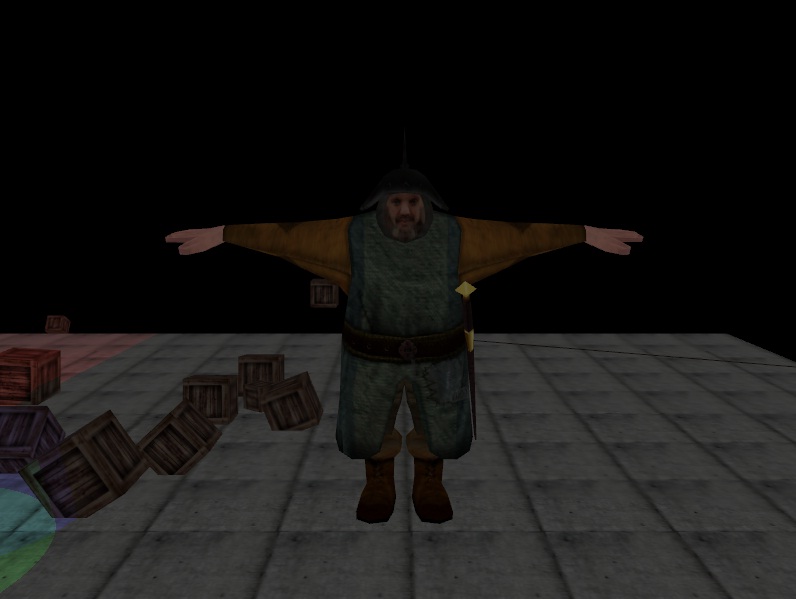 I think this is the way the model should look, but when I try to animate it... 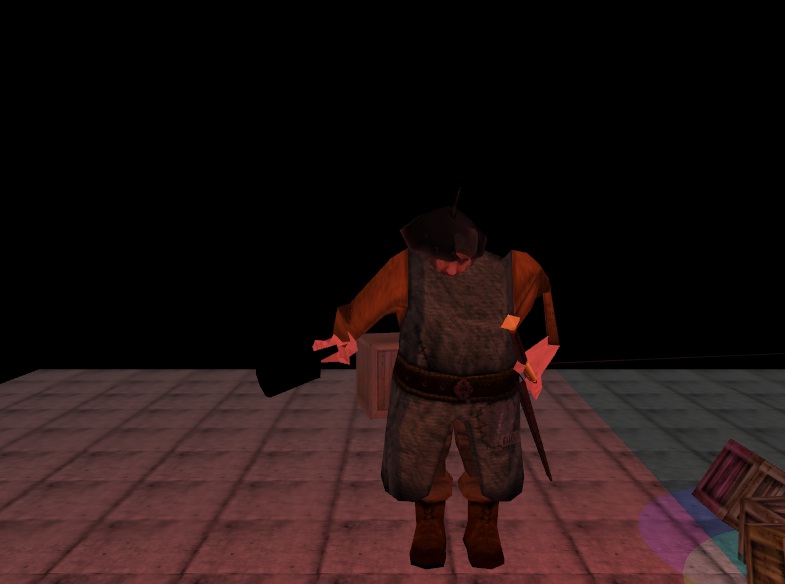 The general movement of the mesh is correct but some vertices move with an strange direction / orientation which forces a lot of clipping to occur.

Maybe someone experienced in the matter can spot the problem directly from the image, if not I' willing to provide any part of my modifications on the md5Mesh lib.

In order to implement all of this I've followed this tutorial and took a lot of ideas from this implementation.

Any help will be appreciated, I've really hit a wall with this!

You can easily manage this amount of data manually so write a set of tests to verify the vertices end up where you want them to. You will want your code to be as similar to a shader code as you can, using the same input/temporaty data structs you would with a shader etc. and essentially simulating your vertex shader on the CPU. By the time you have 3 bones and 5 vertices running fine your code is almost guaranteed to be OK, then it's time to move your code to a shader. If you made sure your code takes the same data format as input as the shader does it should be a straightforward port so any bugs will be easy to spot.

Not the answer you're looking for? Browse other questions tagged shaders javascript 3d-meshes browser-based-games webgl or ask your own question.

2
how to transform child elements position into a world position
4
Access vertex data stored in VBO in the shader
3
Armature rest matrix - why does this exist?
9
How do I send multiple matrices to a vertex shader?
0
Strange quaternion camera streching in WebGL
3
GPU skinning algorithm incorrectly distorts mesh
4
Confused about Max Vertex Uniform Vector limit
3
Why is addressing an array of vectors more efficient than addressing an array of matrices in Cg?
1
Model gets distorted when rotating the camera