I've got a particle system which shoots out alpha blended textures to produce a flame. The system only keeps track of very basic things such as, time alive, life, xyz and spread.

The direction in which the flames are currently moving in is purely based on other things which are going on in my code ( I assume ).

My goal however, is to attach the flame to the camera (DONE) and have the flame pointing in the direction my camera is facing (NOT WORKING).

I've tried glRotate for both x,y,z and I can't get it to work properly.

I'm currently using gluLookAt to move the camera, and get the flame to follow the XYZ of the camera by calling glTranslatef(camX, camY - offset, camZ);

Any suggestions on how I can rotate the direction of the flame with the camera would be greatly appreciated.

Heres an image of what I've got: http://i.imgur.com/YhV4w.png 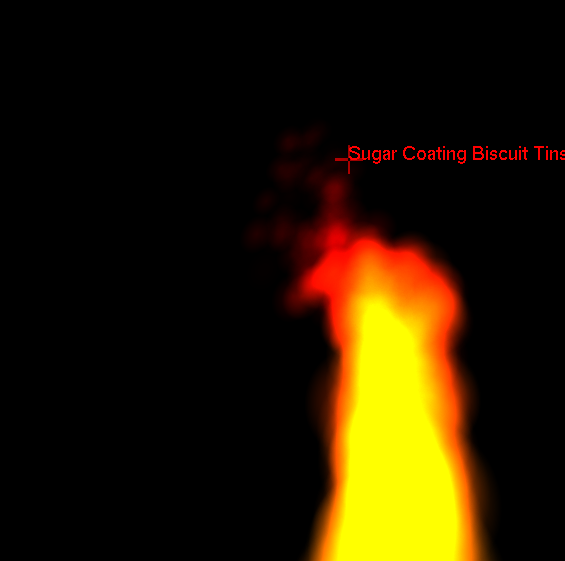 if I turn the camera, flame doesn't follow the crosshair

If you want to continue to move the camera in the way you are now, here's what I would recommend doing.

Be careful to ensure that the flame co-ordinate system is rotated before it is translated. Remember, matrix multiplication is not communtative, so rotating and then translating is not at all the same as translating and then rotating.

Recalling that GL right-multiplies matrices, call glTranslatef before glRotatef. So you'll get something along the lines of:

OpenGL uses a left-handed coordinate system, so the camera's Z axis is always pointing "into" the scene.

What you need to do is rotate the camera's Z axis into object space, which is actually quite simple:

Say the upper 3x3 of your model-view matrix is orthogonal (a scaled rotation). Use the normalization of the 3rd row of it as the direction vector.

For a general model space matrix, you need to do this:

Not the answer you're looking for? Browse other questions tagged c++ opengl rotation particles glut .