Optimize a render call to draw out several semi-transparent sprites

I'm writing a 2D side-scrolling style game in C++ and openGL. In this game I have several cloud sprites which are rendered across the top of the screen. They rotate and scale and such so they're not static. I'm wondering if there is any way that I can optimize this, because currently every time one of these sprites is rendered, GL has to perform blending between everything already rendered (like the background, etc) and these sprites.

I'm thinking something along the lines of rendering ONLY the clouds together all at once, and then performing a single call where the final result is rendered and blended into the main scene. Not sure how to even go about that or if it will even result in a performance gain. Any suggestions would be greatly appreciated!

Just for clarity, here is what a final render looks like. The clouds are formed by several smaller sprites being populated close together around certain points. 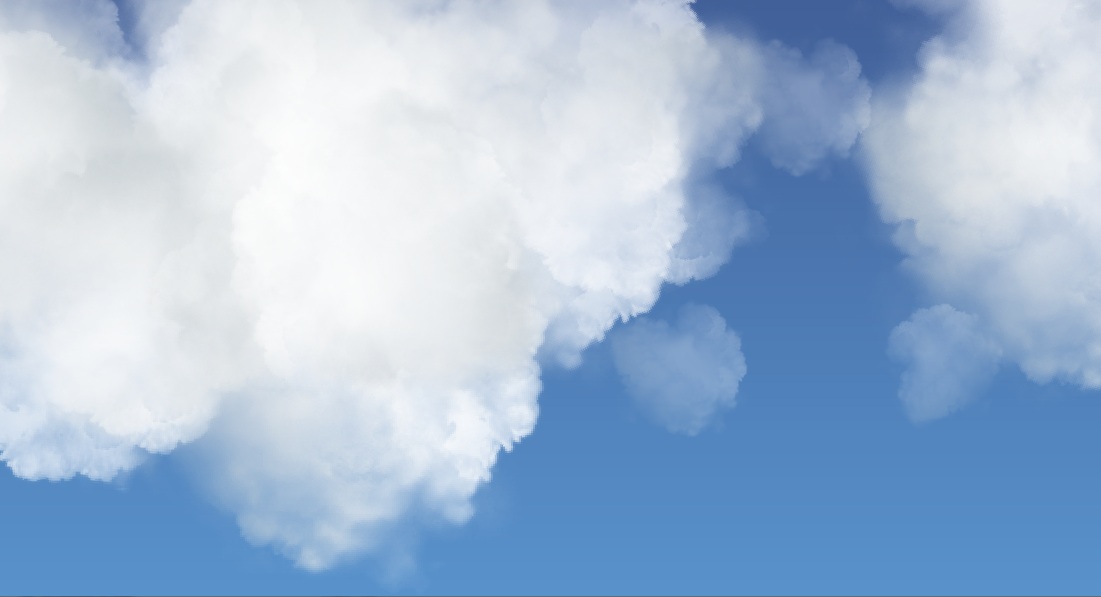 I dont know much about OpenGL, but in DirectX there is alot of speed to be gained by render to texture techniques

because currently every time one of these sprites is rendered, GL has to perform blending between everything already rendered (like the background, etc) and these sprites.

While rendering with blending isn't the fastest possible rendering mode, it isn't exactly slow either. It doesn't go to each "thing" it has rendered before and blend with it. It's just blending with the destination color in the framebuffer.

I'm thinking something along the lines of rendering ONLY the clouds together all at once, and then performing a single call where the final result is rendered and blended into the main scene.

This is a prime example of premature optimization being the root of all evil. You're "solving" an optimization problem, and your "solution" will not in fact solve the problem. It will create a new problem: overlapped blended objects won't work right. OpenGL's blending functions will only work when you're directly compositing with an opaque destination value. Composting with a transparent value, which you then layer on top of the destination, is not going to provide the correct results.

Don't optimize unless you know something is a performance bottleneck already. That knowledge can only be gained in one of two ways: having a lot of experience in a problem domain or having actual profiling data that shows where the bottleneck is. Just keep making your game; if it turns out to be a problem, you can find a way to solve it later. And you'll know that it is a problem rather than just guessing.

0
Toon shader with Texture. Can this be optimized?
0
Rendering two textures with blending and alpha test
5
Blending vs Texture Sampling
5
How can I render “two-sided” clouds like in Minecraft?
0
Blending for multiple lighting passes
4
OpenGL 4 several glUseProgram overhead