Texture in model not rendered by BasicEffect

UPDATE: It is apparently the BasicEffect that is the culprit here. I tried to use another effect (which I coded myself) and then it works!?!? )I kinda like the EnableDefaultLighting, though...)

So this question is now rephrased to: "what in the model exported by Blender can cause BasicEffect to fail to render the texture?".

I have imported this model into Blender and exported it to an .fbx file and imported it into my XNA project. The problem is that the model is pitch black (just as it is in Blender when I look at it in object mode) when drawn in XNA. I have verified that the texture really is there (and that only one iteration is made):

I have followed exactly the same procedure with other models and it has worked. Since the model looks good in Blender and the textures really makes it into XNA... what can be wrong here?

For what it's worth: one difference from what I'm used to is that these textures are not stored inside the .fbx but in a separate subfolder, but the XNA content importer finds them (I get an error if I try to remove them).

UPDATE: it may be important to mention that this model actually has three textures: diffuse, specular and normal maps. However, ONE of them should be projected by the BasicEffect, right?

UPDATE: a screen shot from Blender. 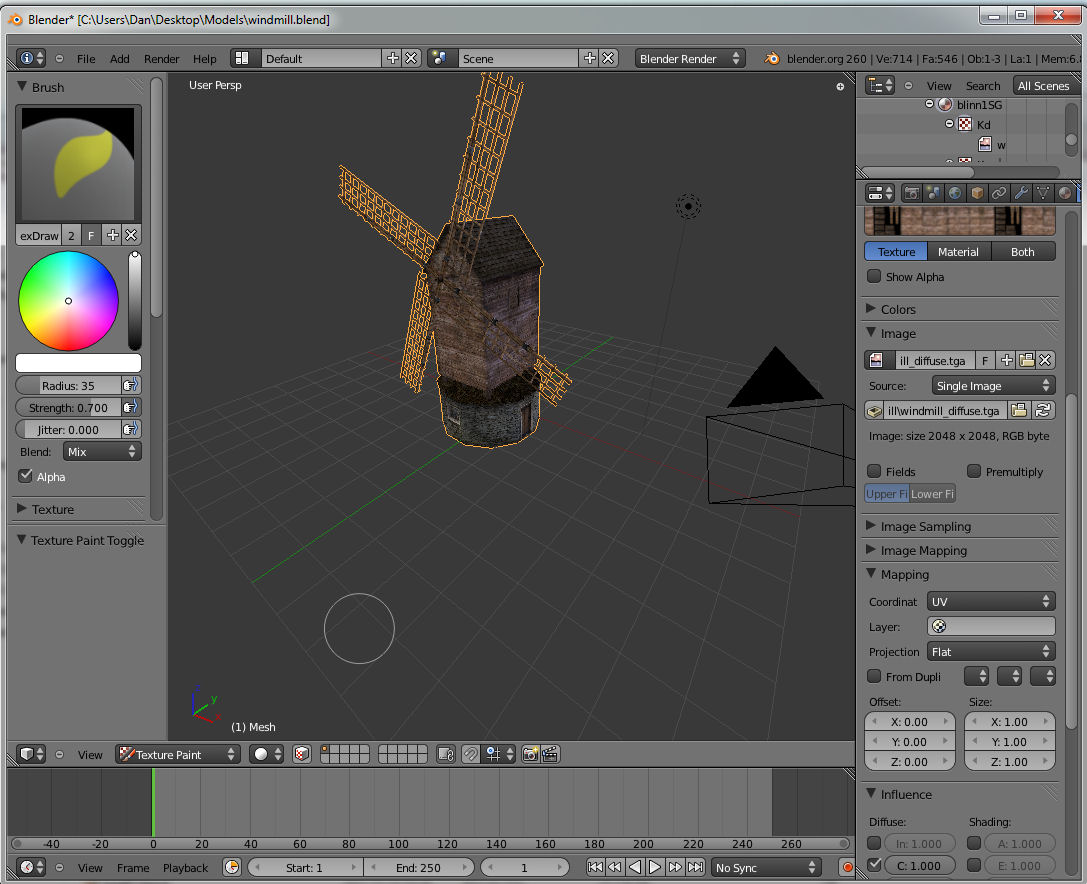 I would guess that the problems is with the UV mapping.

Is your texture mapping in blender set to UV with the correct map?

When blender export FBX it uses the txt version of FBX (not the binary one). Try to open open the FBX file in a text editor to see if something looks wierd (if the UVs or Normals are all zeros)

1
Incorrect Model Position (XNA)
1
How to make HLSL effect just for lighting without texture mapping?
2
Xna model parts are overlying others
1
How to draw textures on a model
0
Exported FBX Blender Model not showing up in XNA
0
Texture not carrying over to game correctly?
1
How should I texture objects in Blender to use in Unity?
1
Blender FBX exports to Unity3D have incomplete animation sequences
0
Baked GI artifacts with Blender and Unity