Given that I now know these two axis, how do I make these axis (made up of my new vectors) now my "local" axis? for example I want to plot a vector (2,3) on the "local" axis but I have no idea how to calculate it in relation to the "global" axis

Image of the problem here: 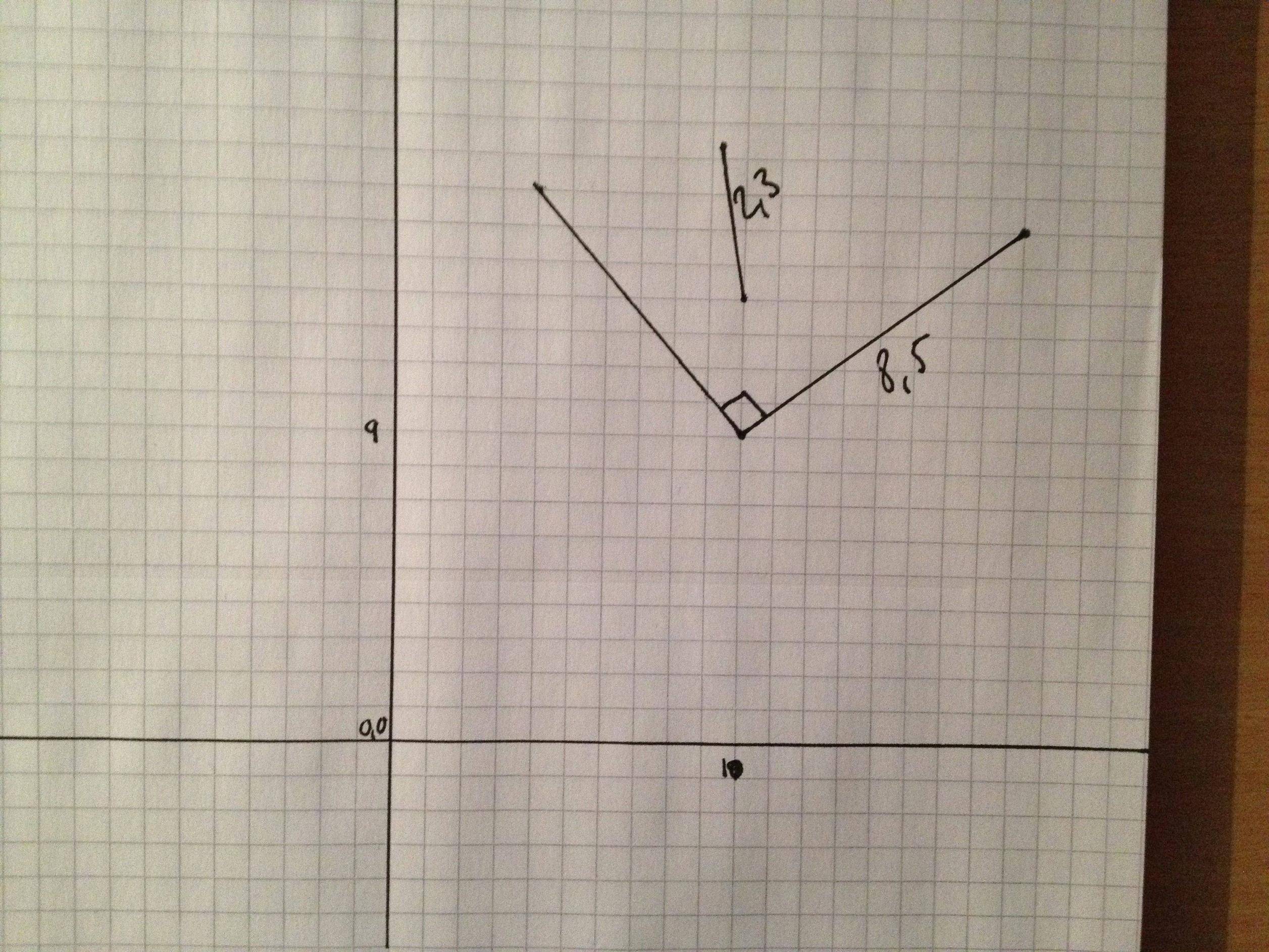 I'll start by saying that your vector cannot technically have an 'origin.' A vector is only a representation of a direction.

For a vector, all that you have to do is rotate it by the angle difference between your local and global coordinate systems. You can calculate this by taking the inverse cosine of the dot product of your two x-axes:

Then to rotate the vector you would use a simple 2D rotation matrix, which involves sines and cosines:

And this will be your vector in your global coordinates.

What ktodisco says is right, but the way I'd do it would be with matrices. Essentially, your coordinate system is expressed as xI+yJ+K. In the case of the origin/standard system, that represents the matrix equation:

likewise, for your transformed coordinate system with origin (x0,y0) and direction (a,b), the matrix would correspond to:

So to convert between systems, set both of the matrices equal to each other. All you need to calculate is A^(-1)*Vector and you're done.

The same thing can be done in three dimensions.

(I'd also like to point out that in ktodisco's post, you would want the atan2 or atanfull function instead of the inverse cosine function.)

Not the answer you're looking for? Browse other questions tagged vector .

1
Eculidean space and vector magnitude
4
Does vector transformation order matter?
1
Should I store local forward/right/up vector or calculate when necessary?
2
Get perpendicular vector from another vector
0
Calculate vector3 global point projecting it in local space using Unity and C#?