Some days ago, I've felt a need to add a camera to my game, it's a puzzle. That would let me move the board, zoom in and etc. This gave me control to do boards muuuch larger, soon, more complex puzzles.

But today when i was implementing such a toolbar, I've found which problems the camera gave me too.

My camera code look as follows:

To draw a scene I do the following:

I've came with the problem to add the toolbar.

I've thought about letting it came first than the camera draw, so it would be fixed. I was wrong.

Nice images examples for you: 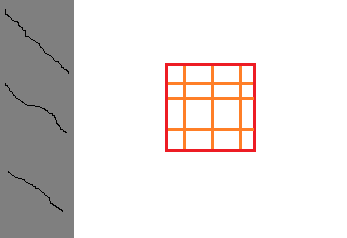 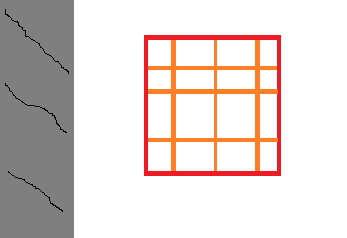 The effect expected for zoom in, just the board zooms 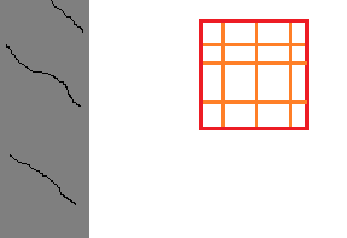 The effect that i got when i zoom in everything zooms, even the draw that came before the camera.

You can think of this as a camera that supports HUD. I saw people solving this by using a scale factor instead of using glOrthof. But this would mess all my coordinate system. Are there any other alternative for me? If so, how can I implement it?

It looks like your problem is that your not resetting your GL_PROJECTION matrix after you draw the zoomed in board.

Either set it to the default unzoomed matrix at the beginning of the loop or after you draw the board.

Otherwise you can use glPushMatrix and glPopMatrix to store and revert to the previous state.

EDIT: Also be aware that glMatrixMode, glLoadIdentity, glOrthof, glTranslatef, glPushMatrix, glPopMatrix are all fixed pipeline functions that are deprecated/removed in modern OpenGL versions and have been replaced by uploading matrices to shaders. Might be fine for learning (then again it might be best to learn the proper way from the start).

Not the answer you're looking for? Browse other questions tagged opengl 2d camera or ask your own question.