How to achieve this style of view in XNA?

I would like to use a Perspective projection to create the following effect in XNA: 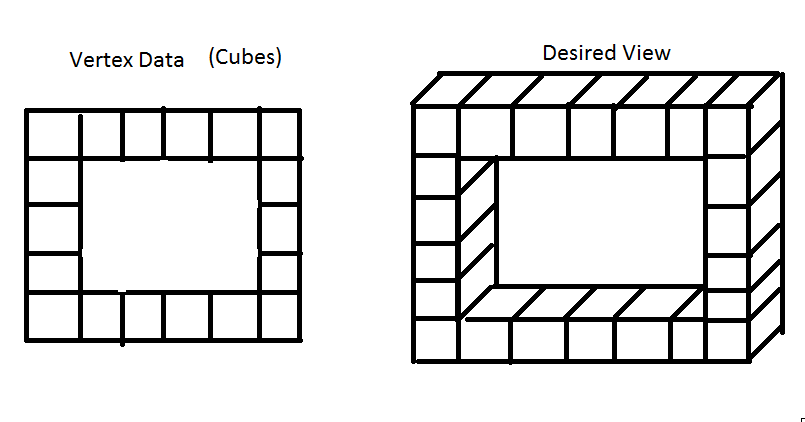 Cubes are simply made up of 8 vertices and drawn using DrawUserIndexedPrimitives().

Any extra suggestions, are also welcome.

If what you want is indeed like your drawing suggests, then you're looking to implement an oblique projection. Check this video for an example of this type of projection in a game. The big difference is that the game in the video uses a set of pre-made tiles, while you're trying to do the projection mathematically.

For starters, here's a picture which should make evident the difference between perspective, isometric and oblique projections. Use it to decide which of these you really want.

Now, you can implement both Perspective and Isometric projections using methods already available in the XNA API:

As for an Oblique Projection, I think it will be a bit more complicated. I've actually never seen an implementation of this before, so I'll just be going with my intuition. Someone let me know if there's a better, known solution to the problem. You're going to need a vertex shader. Here's the steps: