How to detect if object is moving in clockwise- or counterclockwise direction?

I've read this one, but I need more info: rotating an object from sourceAngle to destAngle, both 0-359, clockwise or counter clockwise?

I have a ball. The user is able to drag the ball in any direction clockwise/anticlockwise around a circle. I need to know whether or not the ball was dragged clockwise or anticlockwise.

Keep track of the position of the ball on the previous frame. Then let's say we have:

You can use this method to check:

Given the points Source, Destination and Centre, where a move has happened from Source to Destination first compute the vectors:

Now RorL should be positive if the point is moving counterclockwise around the centre, negative in case of clockwise, and 0 if the move was either 0 or 180 degrees.

You can further check if the move was above or below 90 degrees by computing the dot product of CentreSource and CentreDestination:

How I would achieve this is to have a stack of 3 positions and use these to determine rotation of the object.

Starting with the representation:

Which is basically a rotation operation on a vector. x2 and y2 are the rotated position of x1 and y1. The idea is to get cos(th) and sin(th) in terms of x1,x2,y1 and y2 variables. In order not to fall in to wrong quadrant, atan2 is used with the values of sin(th) and cos(th) which boils down to: 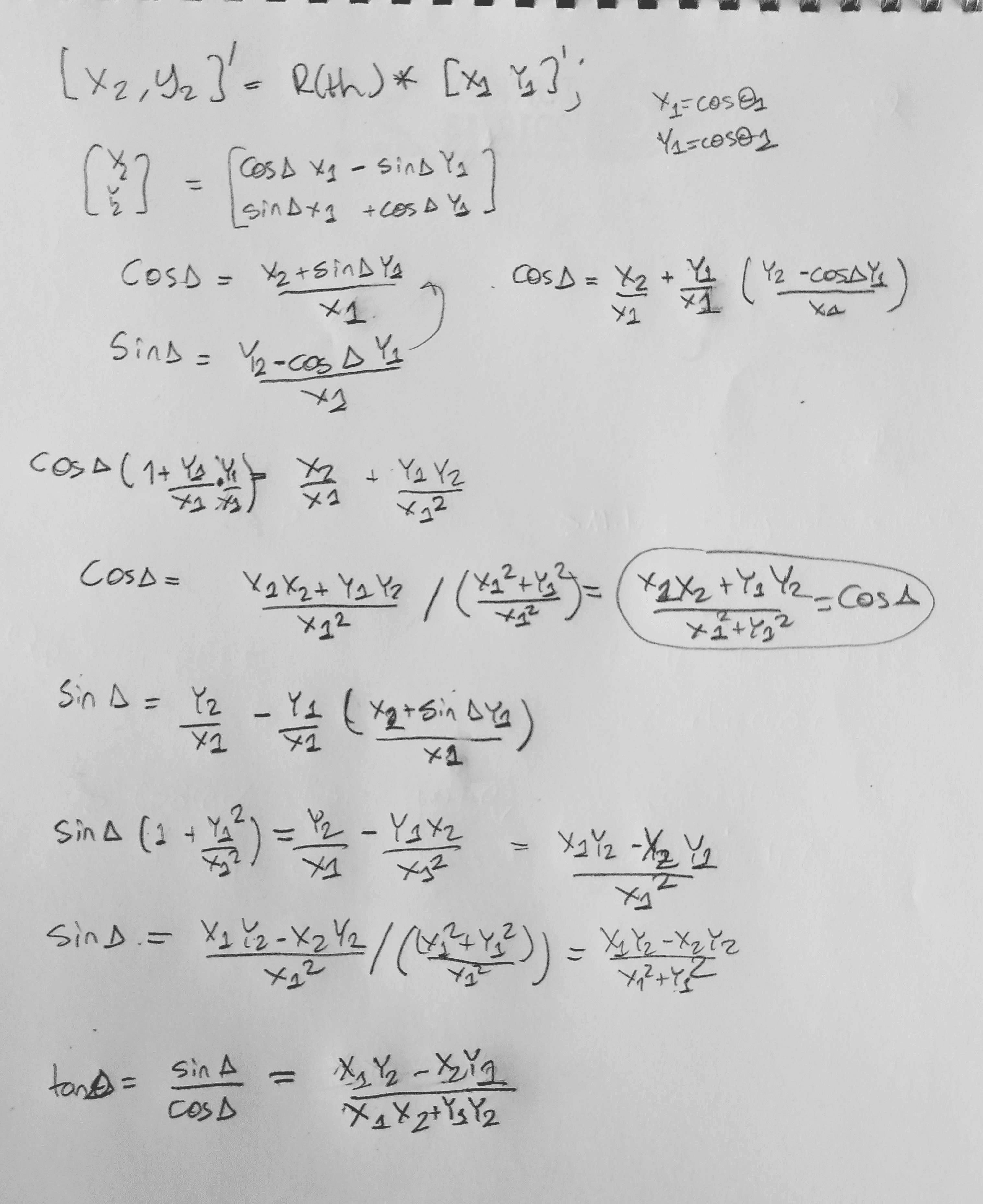 The easiest solution would be to keep a reference to the object's previous and current or previous, current and extrapolated next positions and do a simple compare.

Not the answer you're looking for? Browse other questions tagged mathematics vector trigonometry .

6
rotating an object from sourceAngle to destAngle, both 0-359, clockwise or counter clockwise?

15
How do I calculate rotation caused by bounce friction?
9
Rotate object to face player
6
rotating an object from sourceAngle to destAngle, both 0-359, clockwise or counter clockwise?
4
How to rotate an object so it stands correctly (back always facing the camera)
0
Simultaneously translating and rotating sprite in Unity
0
Predicting circle-circle bounce vector when aiming one at another
3
Finding specific coordinates on a rotating line
1
Object orbiting a 3d sphere
0
Getting vector relative to other vector in rotating object
1
Direction between objects (shortest distance around sphere)