I am working on a game in XNA 4.0 that has been entirely in 3D so far but now I want to incorporate a HUD.

I have tried doing a simple test using spriteBatch as such:

This works fine and the test texture shows as a rectangle in the correct position but the 3d World behind seems to have a sort of "haze" over the top which looks like the drawn "Player.Texture" has been put all over the viewport but at an alpha of like 0.1f.

I googled around and have a reset() function to change some of the GraphicsDevice properties back after drawing the SpriteBatch but nothing has changed and I haven't seen anyone else with this problem.

I thought it would be that SpriteBatch changes the blendmode to additive but in my reset() function I set the blendmode to opaque so I have no idea where this strange effect is coming from, it looks like I've ran some post-processing on the whole scene.

If I change the Player.Texture that is drawn in the SpriteBatch then the "haze" changes to look like the new texture so it is definitely to do with that.

Are there any other GraphicsDevice propterties I should check to change back?

Okay, I have just realised the "haze" over the top is from the SkySphere texture, I am using the MSDN skysphere shader from this tutorial.

So when I comment out the SkySphere code, the spritebatch and 3d drawing looks completely fine, but this leaves me with the problem that I can't have a SkySphere anymore.

Is there some reason why the skysphere is sort of drawn over the scene translucently rather than behind the 3D after I use a SpriteBatch? As I said before, it kind of looks like additive blending.

Below are 2 screenshots, the top is with spritebatch and no skysphere, below is with spritebatch and skysphere where I am having problems. I have cropped the images down to save upload (my internet is pretty slow at the moment) and I've changed the area of the scene in the 2nd image to show more clearly what it looks like. As I move around the scene with the camera the "haze" overlay stays in the same place exactly as how the SkySphere works, as in not taking into account the world matrix. 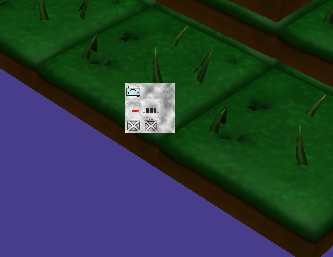 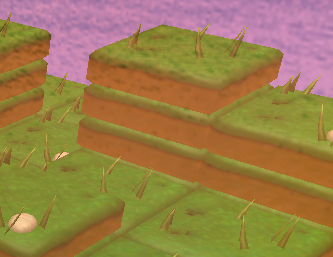 Not the answer you're looking for? Browse other questions tagged xna 2d xna-4.0 spritebatch .

1
Texture swapping and 2d Drawing in Xna
3
Dealing with 2D pixel shaders and SpriteBatches in XNA 4.0 component-object game engine?
3
2D sprites not drawing at correct depths?
4
XNA how to draw some sprites tiled/wrapped and others not?
0
Alpha blend 3D png texture in XNA
3
Why is Spritebatch drawing my Textures out of order?
1
XNA 4.0 - strange blueish alpha with Spritebatch over Skybox
3
Is multipass rendering possible with SpriteBatch?