Is it normal to these Xcode prompts/errors when you deploy to IOS Simulator from Unity?

Is it normal to see:

Q1 - "upgrade to latest project format - project currently in Xcode 3.1 format, this will upgrade to 3.2" - just click OK and let Xcode do it's stuff?

Q3 - also when deploying to "Lastest IOS Simulator" you get the Simulator target produced, but also a non-simulator target which has lots of errors. So I assume you just ignore this target and not use it in Xcode correct? (i.e. just use the simulator target that is produced)

Q4 - get a lot of warning after the simulator target is built? program works ok however.... 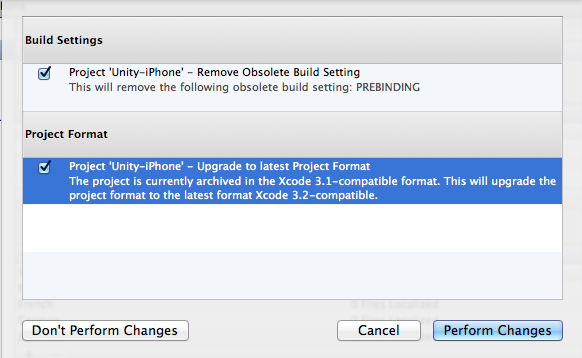 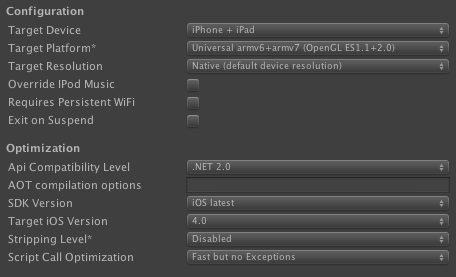 Errors I see in XCode:

Not the answer you're looking for? Browse other questions tagged unity ios .