How can I generate Worms-style terrain?

I'm working on a Worms-styled game and want to generate some terrain procedurally. I've previously done a lot of terrain generation using perlin noise, and this is what I started out using for this game. The only problem with it is that it's too simple and boring, giving me some hills but not the complexity I want. I'd like to have features like caves and hanging mountains and I don't mind floating islands and such. Something like this, but even crazier would be ok: 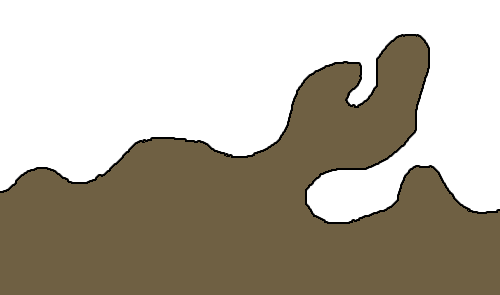 I thought of first generating the terrain using classic perlin noise, then just removing parts to create caves and what not, but I'm having trouble guiding the removal of those parts. Are there any alternatives to generating such a terrain?

I'd suggest you start with 2D Perlin-noise. Something like this:

Then apply a threshold on the image, so that you get several isolated islands, as shown here:

I chose a threshold of 0.04, everything above the threshold would be colored blue. The rest remaining black. Then after that, it's time to determine which "islands" to keep and which to throw away.

Once you have your islands marked like that, you can close the gaps in between by applying a morphological operation (dilate)

And there's a possible landscape.

The "granularity" of the noise is going to determine how small the details in your world are going to be. So it's probably best to experiment with these values.

Also where and with what probabilities your "selecting-lines" are positioned, the result is going to be vastly different. If you have a line near the top of the image with high probability to "select" an island, then you can build some sort of cave-landscape, etc.

I'd start with a perlin noise, filtered carefully. You'd end with something like in the picture attached to the question, with floating islands. Juste remove the floating islands afterwards using a counting algorithm like the ones discussed here

I actually implemented this starting from bummzack excellent answer.

Here are the steps I ended up with:

And this is an example of the result: 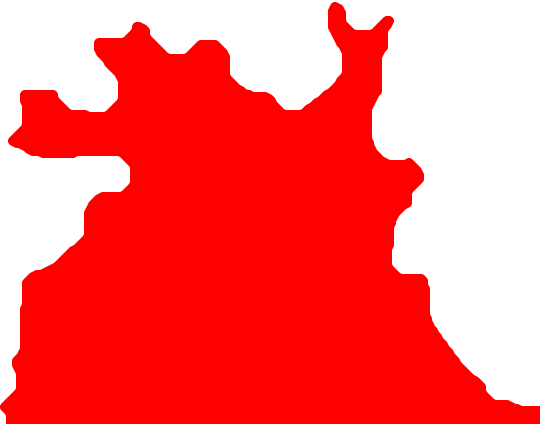 I wrote a detailed article about the whole process here and the code(JavaScript) is open source, check it out if you want something ready to use ;)

10
How to remove floating terrain when generated with 3D Perlin Noise?
37
How to generate caves that resemble those of Minecraft?
14
Cave generation with Perlin worms
0
Help with concrete examples of Perlin Noise variables for terrain generation
8
Tiling perlin noise seamlessly, but without repeating to generate an infinite 3D world
0
Perlin noise terrain issue when scrolling
4
How to randomly generate biome with perlin noise?