How do walls affect lighting?

I have been trying to implement a simple form of lighting in my 2D game. In the screenshot, I don't think it looks very good, kind of just plastered over the top of the map. How would the wall effect how the lighting is displayed?

Just looking for tips on how to make my lighting look a bit better. Right now I gave each tile a light value and I change that depending on if there is a light source near by. I don't take in account if there are any objects near by. 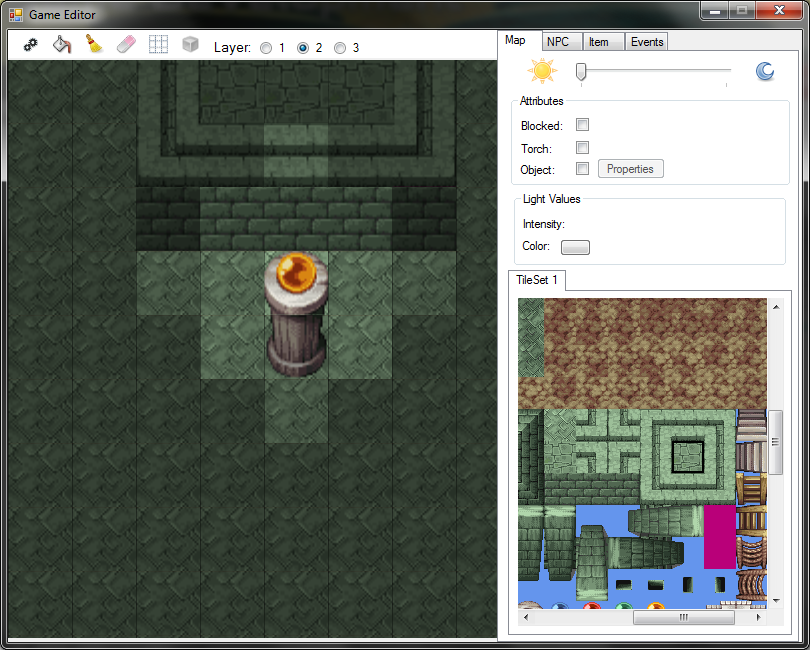 Based on your sample image, I would say that you have to imagine the wall stopping the light. So on the tile for the wall, it would be lit, but past it (moving away from the light source) the light would not continue. In your example, the top tile of the emitted light (2 squares up from the source) would be dark but the wall tiles would stay the same.

Now, that said, if you have different layers, you may want light from a higher layer to transfer down a wall to a lower layer. But that depends on what you want and what looks good.

Edit
I guess the idea is, imagine yourself in that room, with that light source. What would happen when the light hit the wall? It would stop at the wall, right? Also, if you want to go wider with the emitted light, try and imagine the shadow it would cast as it passed the right and left edges of the wall. It would go off on an angle from there so maybe on the tiles that it crosses, you'd have partially lit tiles there.

I quite realize that are asking how walls effect 2d lighting, and not what can I use to do simulate the effect, but I must insert my shameless plug here.

Another developer and I have created a very fast 2d lighting engine in XNA, using similar techniques to Orangy Tang (back in the day from GameDev.net) and Catalina Zima. The Codeplex site has links to these articles, explaining how to do 2D lighting with vector based graphics. You can find the source, binaries, and the links to the articles at krypton.codeplex.com

Not the answer you're looking for? Browse other questions tagged xna 2d lighting or ask your own question.