How to make a shader which alpha blends against only itself, and is opaque otherwise?

Imagine a scene with a minecraft style world held in a bounded container and is being viewed from a isometric 3rd person camera that has a fixed orientation. I want to create a shader that expresses as much information the player might want to know, e.g. x-ray vision of tunnels and areas behind walls that the player might be in close proximity to but would normally be occluded by the terrain. Objects (such as the player) can be inside the object and should be blended nicely with the x-rayed layers.

Here is a rough illustration to convey the idea: 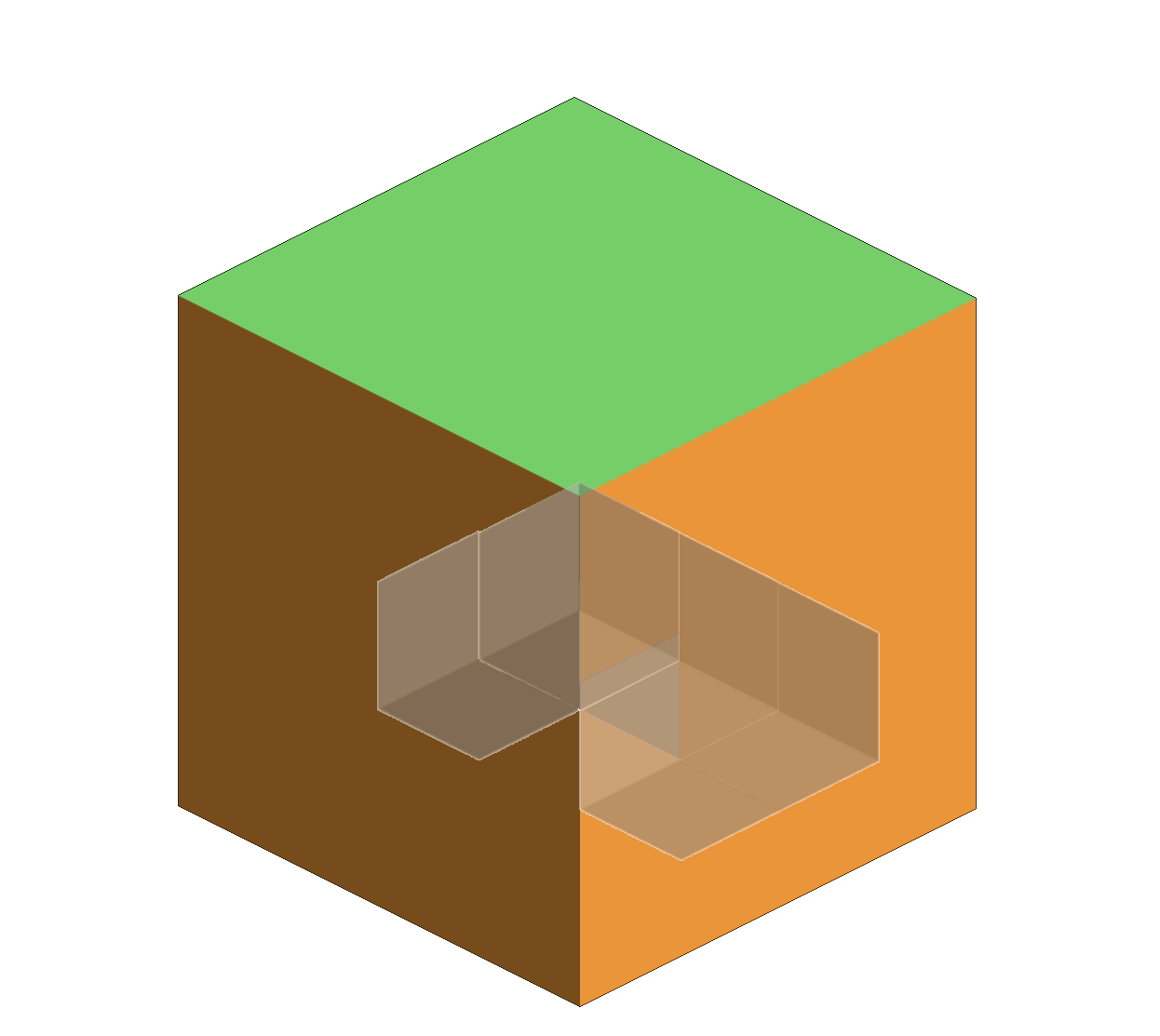 This is how it would look if the shader did the following:

So AFAICT, this shader would alpha blend like a normal transparent shader, except that it doesn't blend/interact with anything but itself. How to do that?

I have little experience with shaders but am comfortable if I know where to read. So I'd really appreciate it if someone could point me in the direction I can look to create such a shader. The project is using Unity at the moment but I don't think that changes the approach to this problem.

Update: After clarifying some thoughts I realize that the approach described above wouldn't be the most suitable solution in my case. This is because I forgot to emphasize that the most important thing is to visualize geometry within a proximity around the player, and that current approach would potentially obscure too much of the players view if there is a lot of layers drawn in front, and it would also look a bit too "busy" in general; the player should probably prefer to just know the information most relevant to him and nothing that is relatively far away. So instead I think the blending should be most x-ray view for geometry within close proximity to the player, and fade out to the foreground as it gets more distant.

I can think of a way to do this in two passes with a floating point render target initialized to black:

Pass 1: use additive blending into the render target with depth testing/writing off; write your colour to the RGB channel and 1 to the alpha channel.

Pass 2: read the previous contents of the render target, and divide the RGB values by the alpha value, outputting the result as an opaque colour (no blending).

This second pass can be the one that writes into your original scene, with depth testing/writing enabled to clip out any occluded parts of this object.