Sprite created with RenderTexture and ReadPixels() has multiplied colors 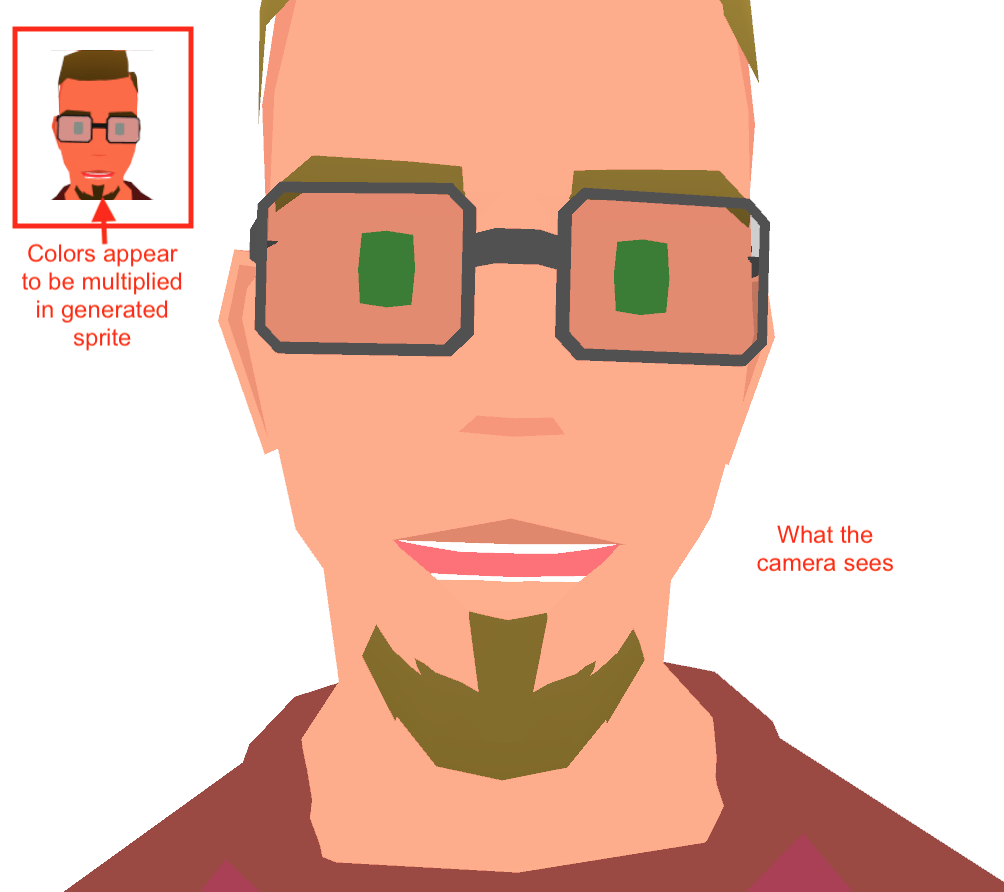 I'm working on a character generator that creates thumbnail sprites for each character. I'm using a separate camera that renders to a RenderTexture, which is used to create a sprite using ReadPixels(). The resulting sprites appear to have their colors multiplied. I'm stumped. I've messed around extensively with lighting and ambient lighting. Right now the only lighting is ambient. I've tried various color formats for the RenderTexture. I've tried assigning different materials to the resulting sprite, including the default.

Here is the relevant code, which generates the sprite:

Update I tried changing the line that creates the texture to Texture2D tex = new Texture2D(512, 512, TextureFormat.ARGB4444, false); This shouldn't work; the format of the RenderTexture is the default for the target platform R8G8B8A8_UNORM but the result is much better. Still some multiplication happening, but acceptably close.

Not sure why ReadPixels is doing the weird stuff, but CopyTexture doesn't. Here's the updated code:

0
How to have random and different colors on multiple objects with one material?
0
Noticeable quality loss on texture captured using Graphics.Blit vs Shader output directly to a mesh
1
Correct way to project a texture with alpha and colors onto surfaces in Unity
1
Why are my screenshots created through a RenderTexture too small?
1
Draw animating grid with terrain deformation and variable colors
0
Imposters in Unity - How to set which color is used as 'transparent' in the RenderTexture?