What is the best way to minimise stretch when bending a plane? I'm making a road kitbash to use in Unity and would like the road markings to remain a consistent size when the road bends (I'm using more complex markings than just lines). Here I've added a texture to a straight and curved section to illustrate the problem: 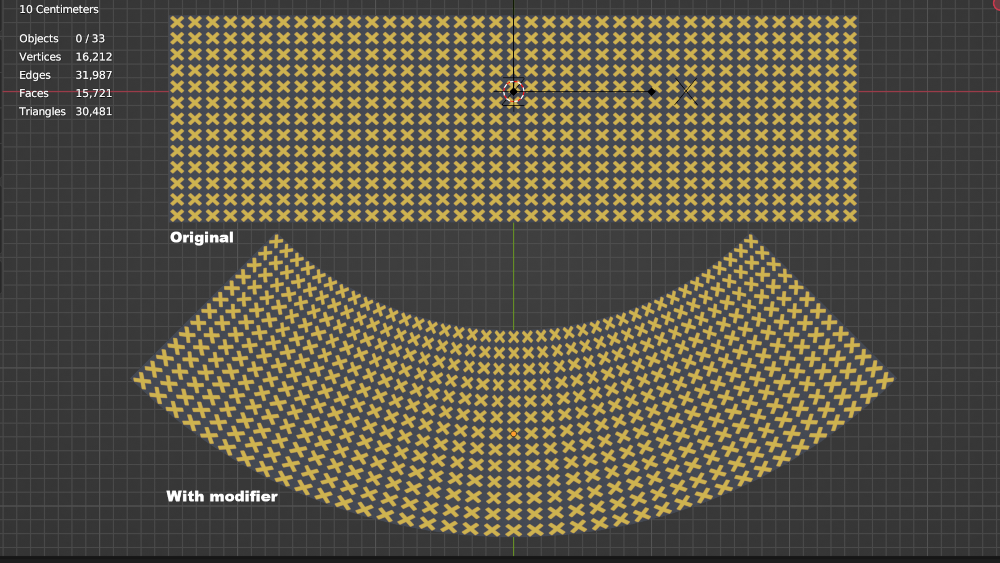 I've tried adding and sliding edge loops lengthwise but they have no effect. I've tried skewing the UVs (scaling the longer edge smaller and vice versa) which does correct the scale problem but then the shapes rotate and don't line up with a straight section if placed next to it.

Here's an example of what I'm trying to achieve - the markings are correctly oriented perpedicular to the road and are all of the same size: 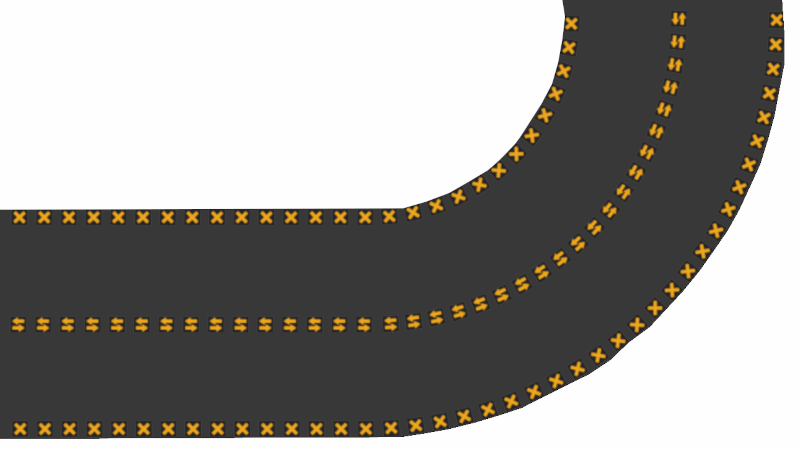 I achieved this using a bunch of planes in an array but as there will be thousands of markers in the scene I'd prefer to use larger meshes for long sections of road to keep the draw count down. Also, the road has an asphault texture and any stretching would be noticeable close up, again this could be solved with seperate meshes for the roads but I'd then need transparent textures for the markings which would add tons of overdraw. I could use UV islands but again, extra draw calls.

2
Programmatically determine UVs by rotating a plane along X axis
1
UV Coordinates of "curve" (or "bend")
1
Is it okay for UVs to touch border?
1
Add UVs back into a model
2
How can I use Blender-style UVs (and not per-vertex) in OpenGL?
0
How can I apply a mesh collider in Unity to an entire imported model rather than a single piece?
0
Problem importing Blender materials into Unity via FBX
0
UVs Distored When Importing Mesh?