How do I prevent a camera from rendering post-processing effects to a render texture in URP?

So here's my situation. I have two cameras in a game about a bee. The game uses the Universal Render Pipeline. One of them detects blooming terrain at a distance, and is sensitive to its own layer (titled "Flower", henceforth the Nectar Camera), the other camera is sensitive to everything but that layer, and is the Main Camera.

The Nectar Camera renders to a render texture, which is used in post-processing to provide a visual overlay when the flowers themselves might be out of sight. However, the post-processing is rendered to that texture as well, which causes all kinds of feedback problems. What should be a gradual blur becomes a spike. It also seems to be offsetting the location of the overlay somehow. 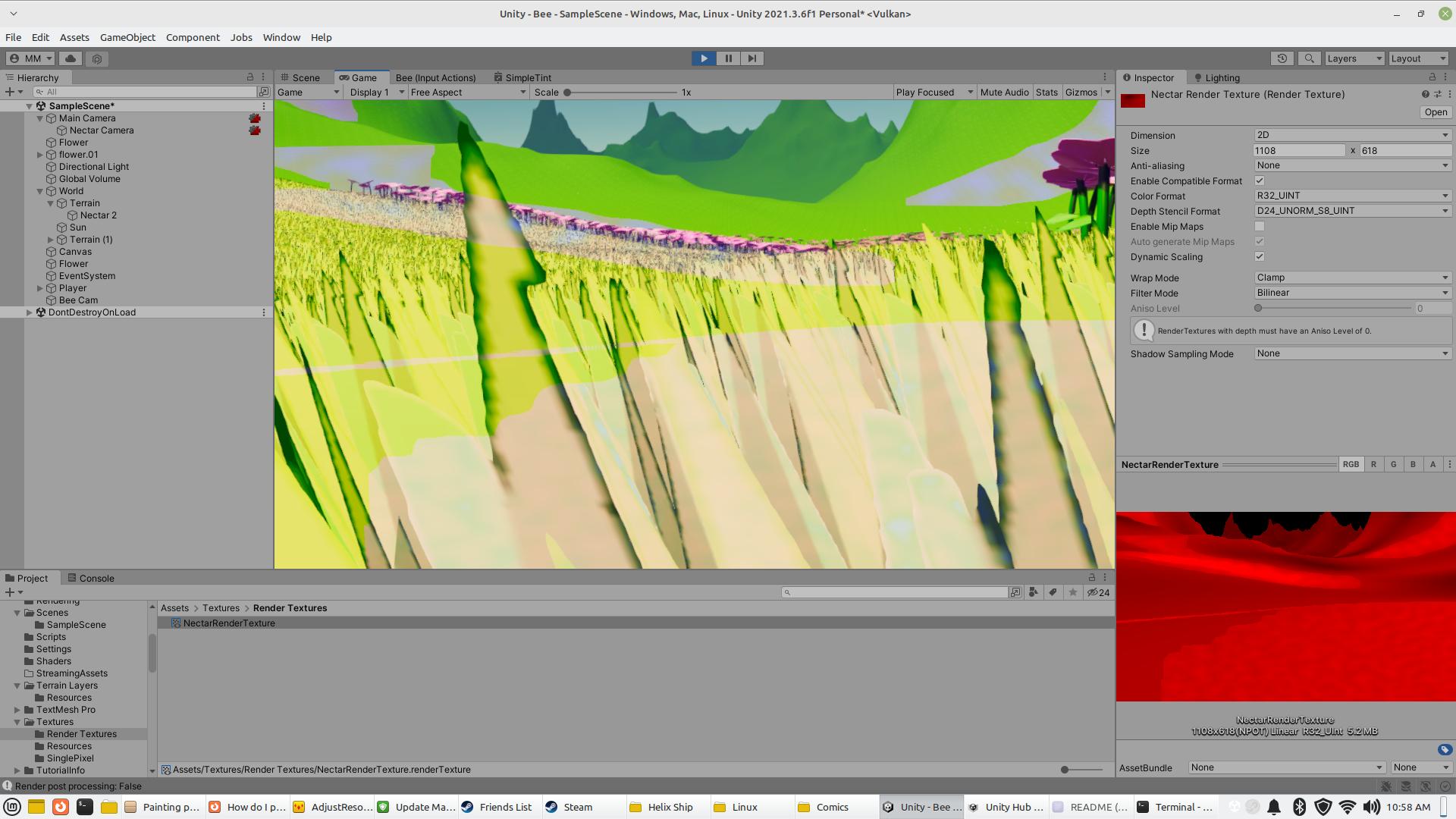 I've attempted a few things to prevent this, including turning off post-processing on the Nectar Camera, to no effect. 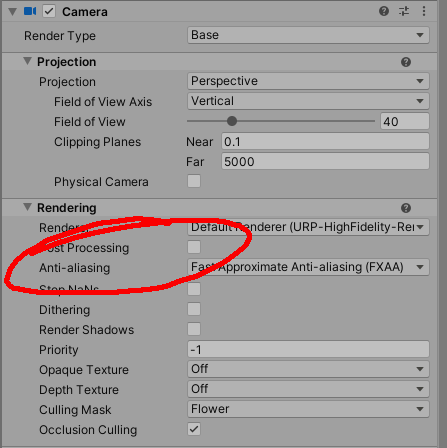 In fact, as far as I can tell, the button makes no perceptible difference to the problem.

The bloom terrain (in the render texture) is textured with Perlin noise, which is verifiable in the Scene tab, and does not contain the blotchy patches being rendered. Those are most definitely feedback from post-processing.

Verifying with the UniversalAdditionalCameraData component tells me that renderPostProcessing is false, it does not seem to matter. The red terrain is in the flower layer, the identical grassy terrain is in the default layer; nectar camera only picks up the flower layer, main camera specifically does not. Nectar camera is still getting the effect.

I need to be able to toggle all post-processing effects off for this camera, or they will feed into themselves and distort the result. Rather than a purple cloud that tunes itself to the bloom state of the terrain, I get a sharp and slightly offset pink blotch. What am I missing here?

Interestingly, when I switch the role of the two cameras and view through the nectar camera—again, with post processing set to false—I get a usable view; except that again, post processing is still being applied. 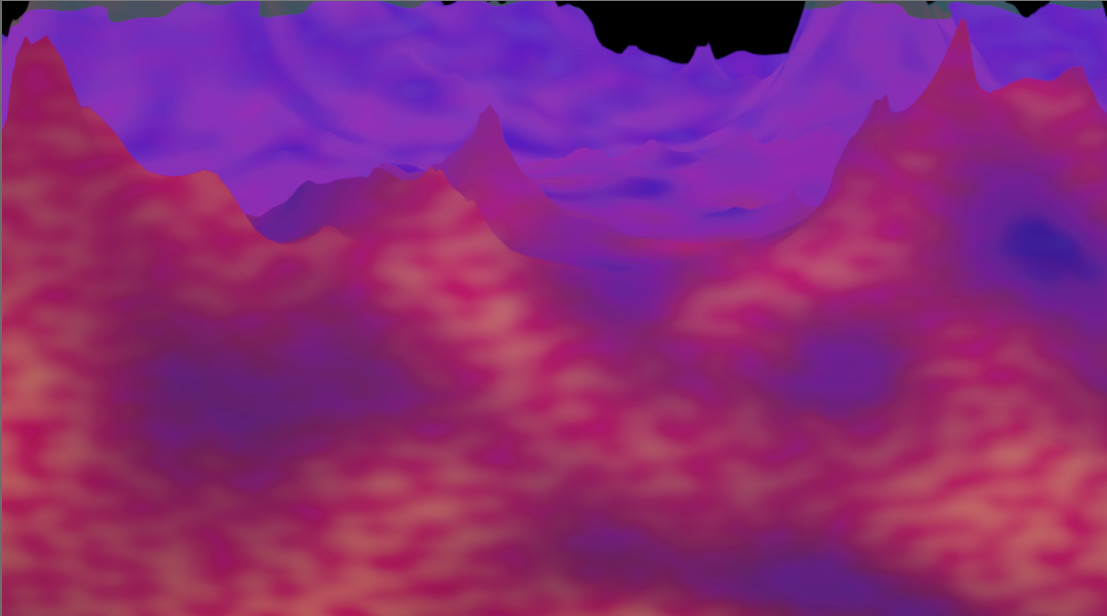